According to the psychological constructionist account of emotions, emotions are complex phenomena made up by basic neural ingredients that are not specific to emotions, but common to both emotional and cognitive processes. The composition of such basic ingredients is largely shaped by culture and language. This view has been experimentally supported by a number of correlative studies - i.e. studies aimed at detecting correlations between presented stimuli and cerebral activity (e.g. fMRI) - which implicitly emphasize the cultural and linguistic aspects of emotions, thus finally stressing discontinuities between human and animal emotions. In addition, correlative studies are subjected to a strong version of empirical undetermination, which makes the constructionist theory largely unfalsifiable (indeterminacy of the radical translation from the brain). In contrast to correlative studies, stimulation studies are unjustifiably neglected by constructionists. Stimulation studies identify the causal role of a given brain region in generating behavior, and demonstrate a clear relationship between some brain regions and specific emotional responses. In addition, they emphasize the productive aspects of emotions, instead of the cultural and linguistic ones, supporting a continuity between human and animal emotions and, most important, overcoming the dichotomy between emotional experience and expression. The resulting motor theory of emotions put forward that some emotions are better interpreted as action patterns, or action tendencies, mainly aimed at coordinating social responses among conspecifics. Similar to constructionism, this view also suggests a dissolution of the concept of emotion. In contrast to constructionism, however, it reduces some emotions to the wider concept of motor behavior. 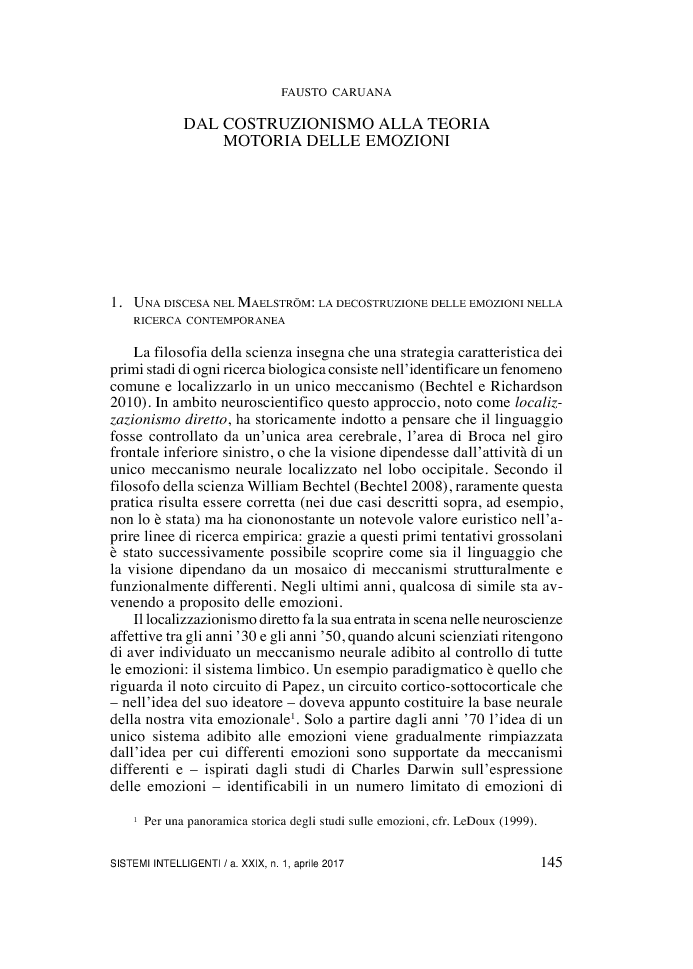