Real life problems are experienced inside complex environments. They are typically ill-defined problems, that is, the goals are not definite; we don't know what counts as an alternative and how many alternatives there are; it's unclear what the consequences might be and how to estimate their probabilities and utilities. This environment might be called Large World (Savage 1954) and it is characterized by uncertainty. Small Worlds instead are in principle predictable and without surprises, and they are characterized by risk, that is, by the knowledge of all relevant variables, their consequences and probabilities. The conditions of the Small World are the requirements of Neoclassical Rationality. In any case, the real world is most of the time large, and these conditions of knowledge are rarely met. Hence, the normative rational requirements of neoclassical economics are unjustified and the application of their theories can easily lead to a disaster (Stiglitz 2010). Unfortunately, behavioural economics, despite its critiques of the descriptive side of neoclassical economics, still retains the normative one. On the contrary, in a Large World the axioms of rationality can't be applied. Therefore they can't be considered feasible normative canons of rationality. Is the label of irrational behaviour attributed to biases and errors discovered by behavioral economics justified? The answer is no, as in a Large World rationality must be judged in relation to the proper adaptation of the choices and problem solutions to a given environment. Rationality can't be formal but only Ecological. What kind of reasoning processes are able to match the environmental tasks and solve these problems? This is an empirical question that has been faced some years ago by some cognitive scientists, as Herbert Simon, Vernon Smith, Richard Selten, and in particular and more directly by Gerd Gigerenzer and the Abc group (Gigerenzer, Todd and Abc Group 1999). The adaptive toolbox of formalized simple heuristics is the result of these empirical investigation. In a number of problems, simple heuristics were more accurate than standard statistical methods that have the same amount of information or more. The results became known as the «less-is-more effect». There is a point where more is not better, but harmful. There is an inverse-U-shaped relation between level of accuracy and amount of information, computation, or time (Gigerenzer and Gassmaier 2011 p. 453). 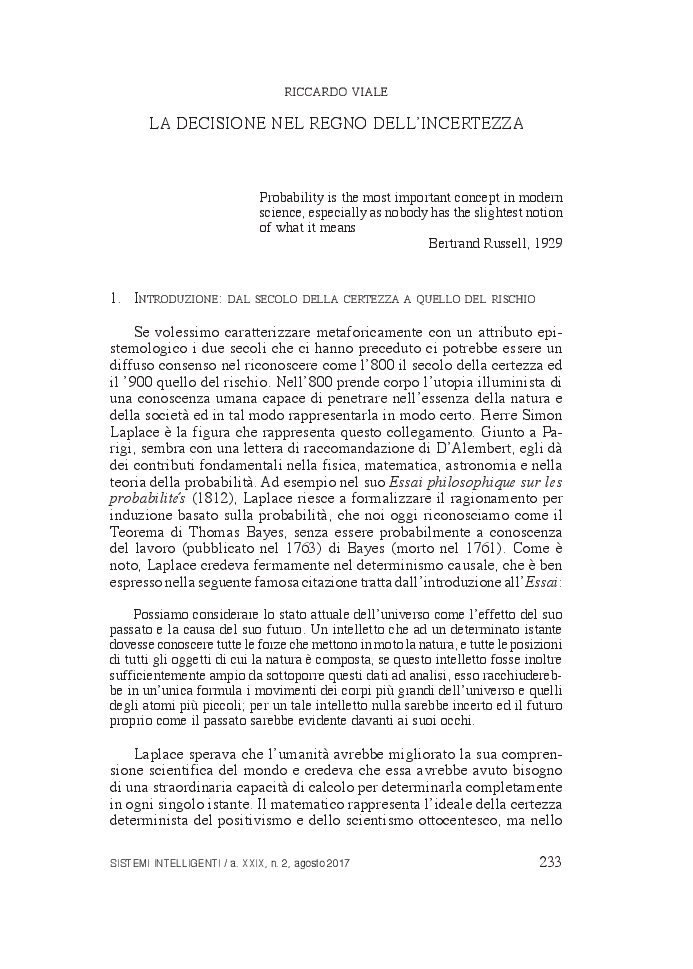