Considerable attention has been devoted in recent years to studying the normative challenges of artificial intelligence («AI»). Whilst the White House Office of Science and Technology Policy (OSTP) conducted a series of public workshops on questions of AI and policy in 2016, culminating with a report that addresses the many ethical issues related to AI, such as fairness, accountability, and social justice, the European Parliament's Committee on Legal Affairs and the UK House of Commons have released similar reports on how we should prepare for the future of AI. Against this framework, the aim of this paper is fourfold. First, attention is drawn to the different ways in which we can evaluate the moral dilemmas arising from this specific domain of technological research and development. Second, focus is on the panoply of technical approaches, according to which we can program our AI systems either using deontic logic, or endorsing «principlism» and a theory of prima facie duties, or the «divine-command logic», etc. Third, the primary rules of the law are under scrutiny, so as to determine whether and to what extent we are confronted with legal loopholes, e.g. whether or not new legal rules should be added to the system due to, e.g., the unpredictability of AI decisions. Fourth, I argue here that it is time to widen our perspective to include not only the hard tools of legal governance, but also to consider the role played by the secondary rules of the law. The latter include: (i) legal techniques, such as the «implementation neutrality» principle and the doctrine of «experimental federalism»; (ii) legal procedures, such as the meta-rules of procedural regularity; and, (iii) forms of legal experimentation, such as the special zones for robotics empirical testing and development set up by the Japanese government over the past 15 years. The overall aim of the paper is to show how the mechanisms and procedures of legal flexibility provided by such secondary rules may shed light on the kinds of primary rules needed within the field of AI. 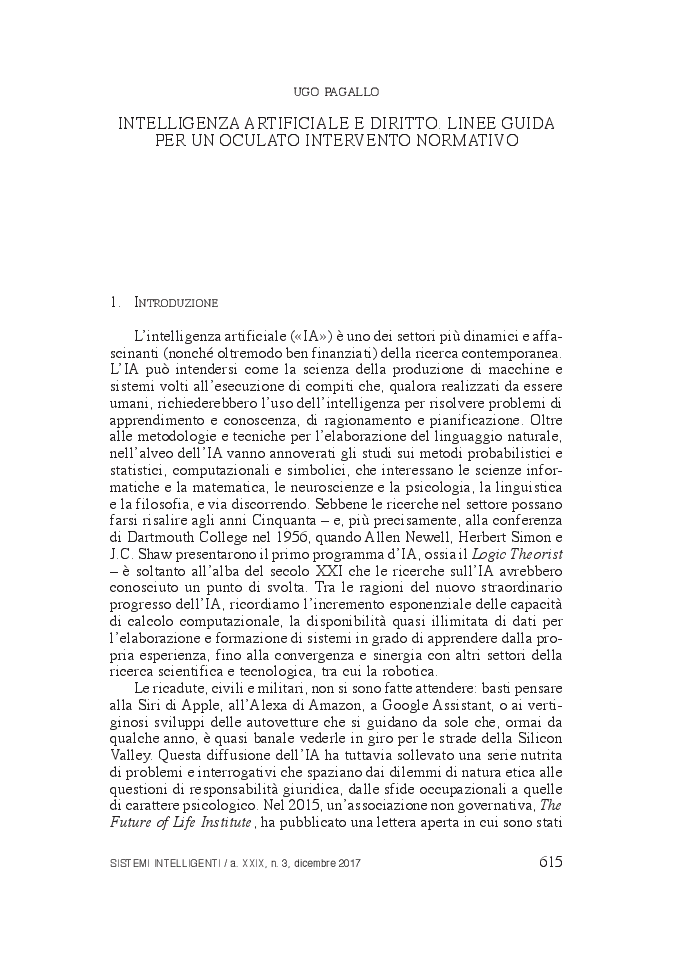