Nowadays, it is especially scientists who construct "historical" narratives about the phylogeny of "Homo sapiens", which are then assessed on the basis of their explanatory value. What can philosophers do, then? Limit themselves to a critical monitoring of the scientific results, or comment on them with marginal glosses, which do not provide a real contribution to the analysis? They can do more: they can engage in the elaboration of a philosophical genealogy, which avails itself of both a phenomenology of experience and scientific advances, and argues, from both sets of evidence, about the constitutive thresholds and operating principles of an anthropogenesis. In a continuous dialogue with science, in the wake of new theoretical trends working on an Extended Evolutionary Synthesis, the essay proposes a genealogy based on the dynamics of feedback, that is, on the preter-intentional and autoplastic "return effects" of action. An anthropogenesis thus emerges, in which technology and signification play a determining role, which is inseparable from the bio-evolutionary level. 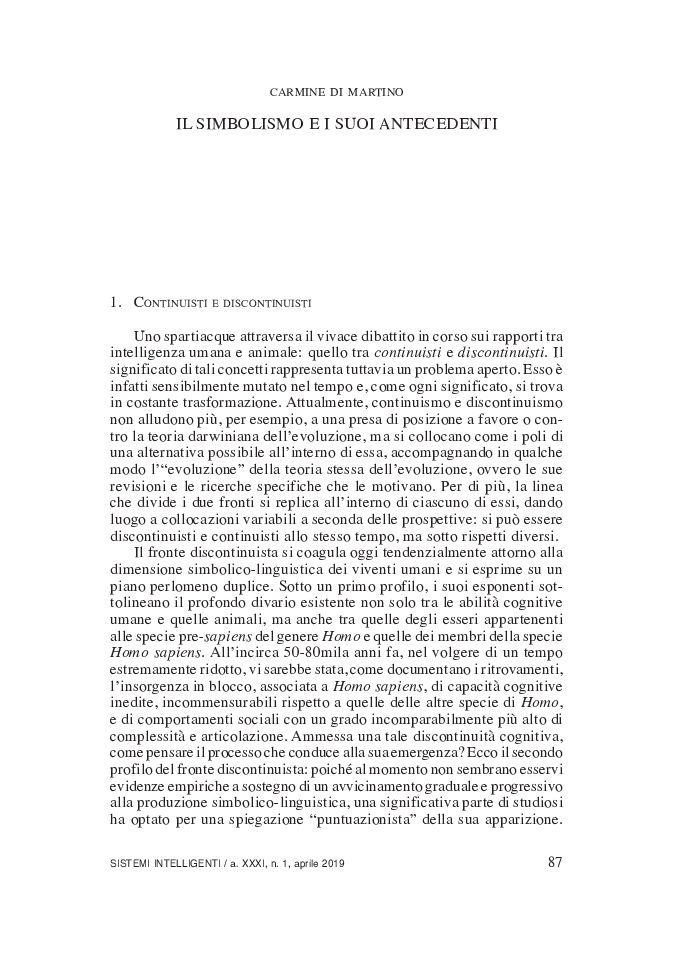