The paper defines the social network communities as imagined communities and the style in which they are imagined as a «simultaneous collective translation», having a multimodal nature and made possible by a technology which allows members to have a live dialogue. The paper argues that this specific style of social network communities, such as Facebook, has made «liquid» the borders between real, imagined and imaginary communities. Reasoning in anticipation of a disagreement (that might not come) can lead communication via social networks to be «solitary» and collective reasoning to be committed to the same confirmation bias of individualistic reasoning. This mechanism is at the core of «epistemic bubbles» in social networks, which lead others’ rationality to be «deferred». The multimodal and especially visual nature of communication via social networks does not help: visual metaphor, its most powerful epistemic and persuasive device, limits (instead of promoting) imagination, anchoring it to perceptual features. By analysing two case studies of visual metaphors translated and reinterpreted in a Facebook group, the paper aims to show that the phenomenon of «deferred rationality» leads to preserve the «epistemic bubbles», producing misinterpretations of visual metaphors. 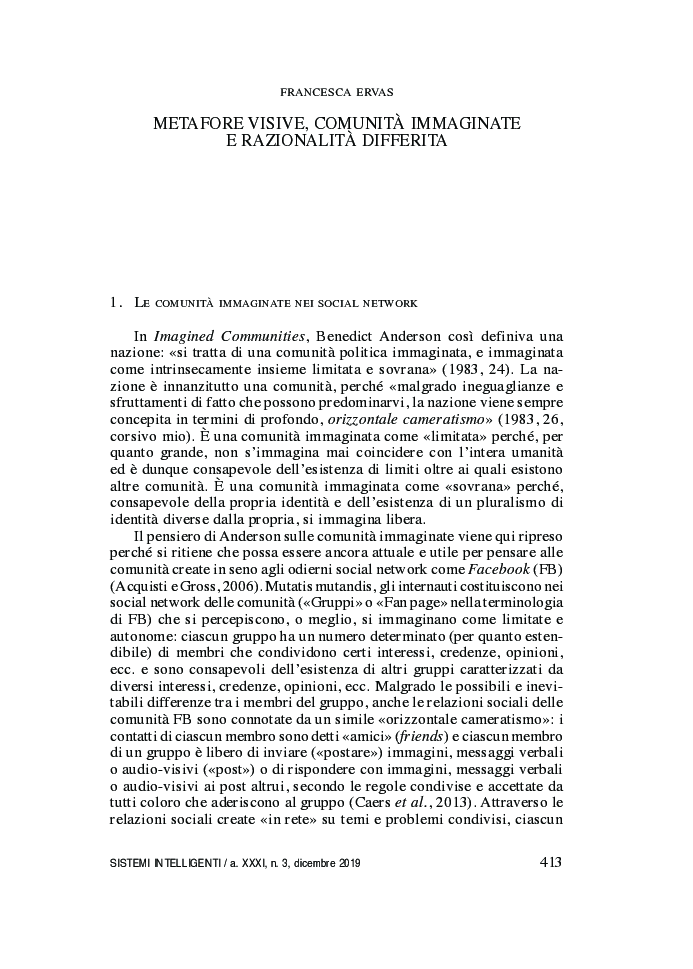