That a computer might autonomously solve mathematical puzzles described in natural language text and diagrams is still an open challenge in the field of Artificial Intelligence. Conversely, primary school children, aged 9/10 years, can solve them without any advanced computational skills, or a huge quantity of data. In this paper, we have tried to apply the AI approach to mathematical puzzles with models and terms from psychological cognitive studies, such as the Cattell-Horn-Carroll theory of cognitive abilities. We considered 147 mathematical puzzles, used by Bocconi University for mathematical games among students in the 4th and 5th years of primary school, and we found that they can be viewed, in most cases, as Constraint-Based problems. In order to study the problem-solving process used by school children, some mathematical puzzles with a specific number of variables, domains and constraints, were created ad hoc for the study and were administered to 37 students in the 4th year of primary school. Results showed that problems with the same number of variables as domains were more easily solved than problems with a different number of variables and domains. These results were discussed from the viewpoints of Artificial Intelligence and of Cognitive Psychology in order to provide new insights into the definition of fully-fledged, intelligent agents able to solve mathematical puzzles. 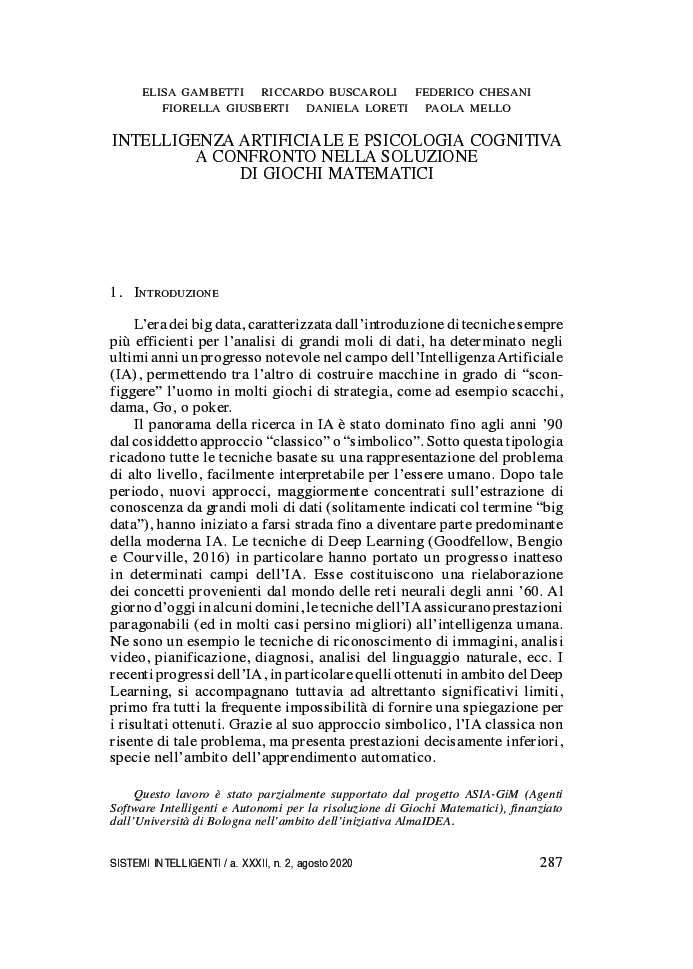