significance tests and of the Neyman and Pearson test theory. In particular, the p-value that has become a powerful decision tool in affirming the presence of an effect has been criticized. The supremacy of the p-value is mainly due to the attribution of meanings and powers that it does not have, both for its operational simplicity and for the complicity of much of the literature. The paper considers the major criticisms of significance coming from methodological and applied researchers (such as statisticians, psychologists, neurologists and clinicians) and also coming from internationally recognized journals. Naturally, the literature is not limited to criticism and gradually proposes alternative methods to deal with the problems of hypothesis testing; one of these is the Bayesian method that is recently proposed not as an alternative but in sharing with the p-value and other inferential tools. It is precisely this aspect that is explored in the paper, since it is considered not only interesting in itself, but also a possible bridge between the classical and the Bayesian inference school. The paper also includes a stringent methodological appendix, which may help in understanding some definitions and examples. 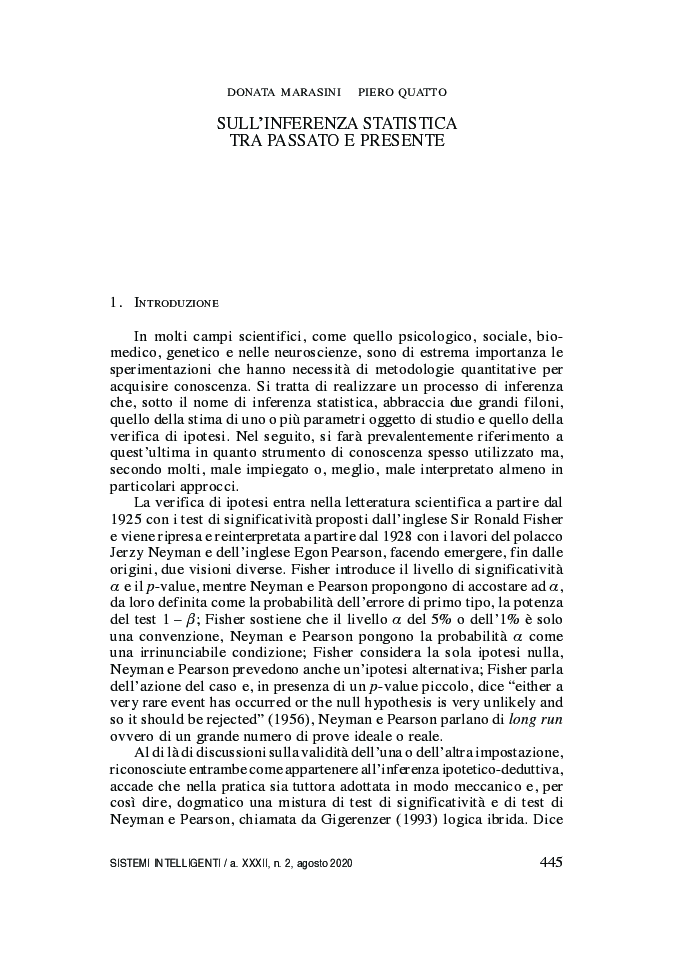