The present investigation concerns the role of body posture in memory for selfperformed actions. A main assumption is that the process involves sensory-motor simulation of the original experience; the same sensory-motor components involved in encoding reactivate at recall. Thus, manipulations of the body at retrieval should result in changes in memory performances. However, former studies have not clearly disentangled the role of body posture from the role of body movements. The participants in our experiment were invited to perform a series of action on a series of objects (encoding phase), either standing up or sitting down. Then, they were invited to recall as many actions they performed; half of the participants recalled the actions while standing up and half of the participants while sitting down. If body posture plays a critical role in memories recovery, then congruence of participants’ posture at encoding and at recall, compared to incongruence, should lead to greater accuracy. As the results revealed, a congruent posture did not increase accuracy. We discuss the results in relation to the possibility to further investigate the role of body posture in terms of posture congruent or incongruent with the possibility to perform the action, and in relation to the more general debate on the embodied cognition. 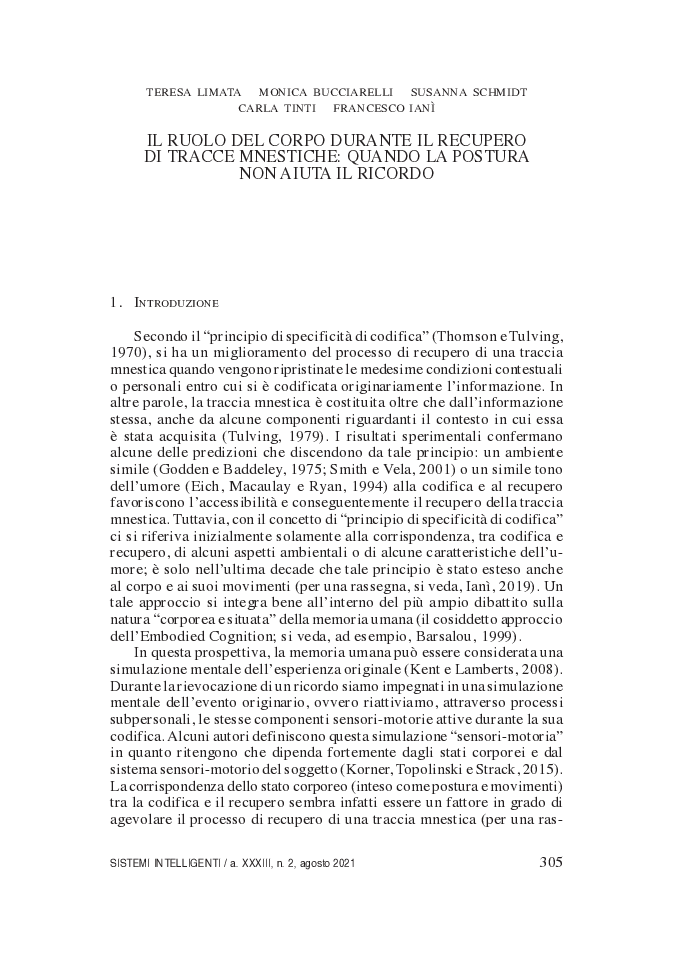