Impairments in language narrative abilities have been widely observed in Autism Spectrum Disorder (ASD). Indeed, both children and adults with ASD show difficulties in generating coherent personal and fictional narratives as well as understanding verbal stories. Cognitive studies have considered these difficulties as not dependent on strictly linguistic impairments but reflecting underlying cognitive deficits that are commonly used to explain the core symptoms of ASD: theory of mind impairment, weak central coherence, executive dysfunction, and a compromised mental time travel. Therefore, it has been hypothesized that the narrative deficits of ASD could extend to expressive media other than verbal language, e.g., the visual medium, whose processing might rely on those deeper cognitive functions. In support of this hypothesis, in the current paper we review the literature on the cognitive underpinnings of verbal and visual narrative in ASD and discuss the main findings of a study recently published on the comprehension of visual narrative in children with ASD, which shows that their difficulties are not restricted to the linguistic code but involve also the visual modality. 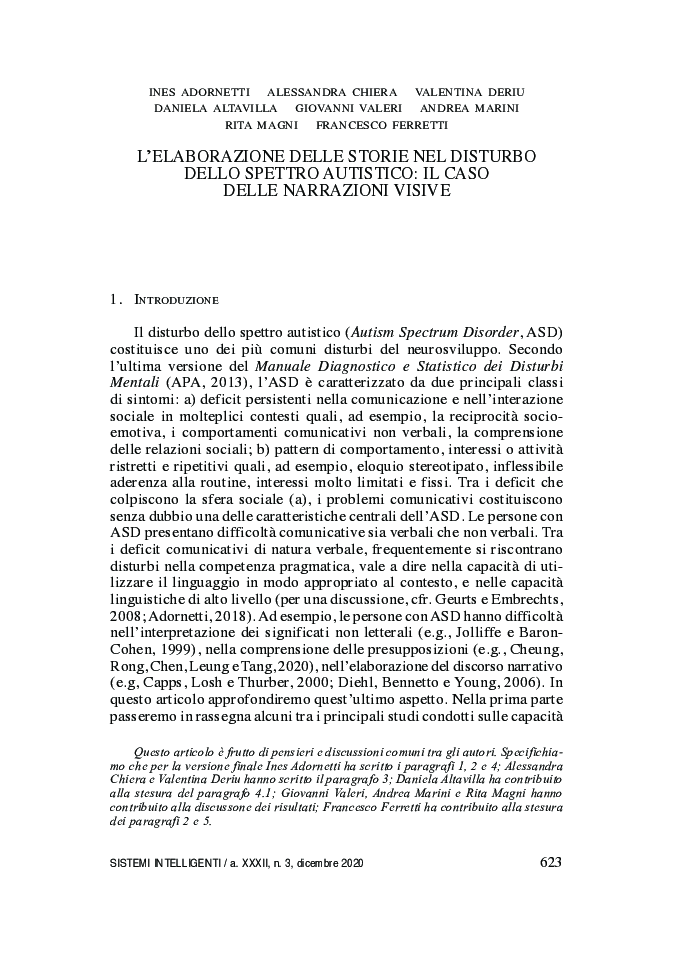