In Italy, over the last decades, migration flows have generated an unprecedented religious pluralism. However, the phenomenon is still neglected within migration studies. Moreover, the over-representation of Islam as empirical focus has limited the field of research compared to the complexity of religious scenario, and migrants’ religions have often become a controversial issue in terms of integration. In this direction, the paper analyses six different experiences of ethnic-Christianity in the city of Milan. It investigates the dynamics of help and assistance activated internally, a supportive network we call an informal welfare. After a discussion on religious social capital at the basis of cooperation among members, we analyse the types of resources shared within the churches: from emotional and psychological support to material help, including assistance for family needs and transnational solidarity practices. By confronting six case studies- three Catholics and three Protestants- the article highlights their role as key providers of welfare, adding new stimuli to the debate on religion and migration. 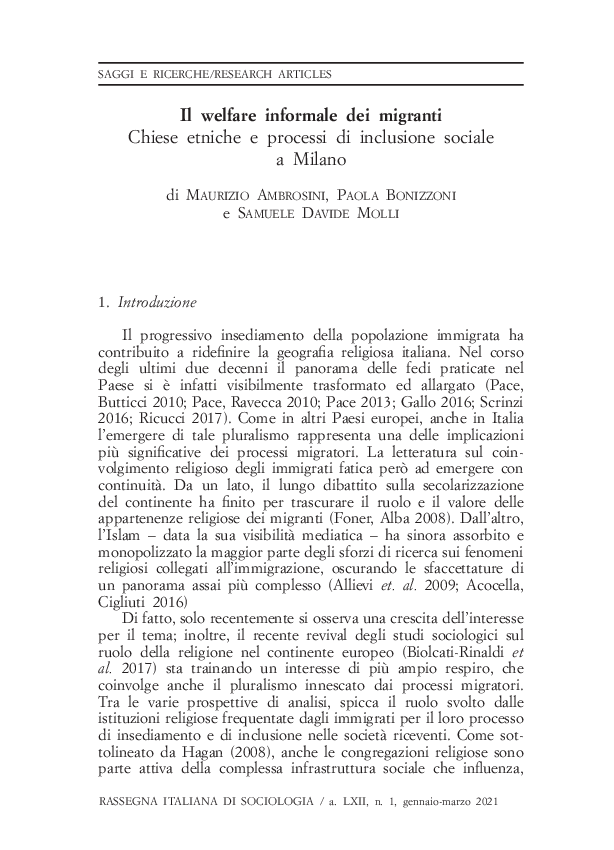