The main objective of this article is a loosely application of the classical version of actor-network theory (ANT) proposed by Latour and Callon to a novel phenomenon, that of the emergence of socially assistive robot (SAR) in the field of ageing (Alzheimer’s diseases). SARs can be seen as the epitome of the efforts made so far in creating a strong AI, intentionally designed as an embodiment of a humanoid shell – equipped with facial recognition, object recognition and, natural language processing – in an attempt to mimic human «social agency». SARs have undergone in their adoption continuous processes of categorisation and re-articulation, of changing their initial goals and the key actors involved until a stable network, a more durable socio-material form can be established. This article applied the four phases of the ANT methodology (problematisation, interest, enrolment and mobilisation) to a concrete case (SAR Pepper) to show the interests that key actors have in creating larger networks that allow them to create and maintain power over their competitors (human and non-human). 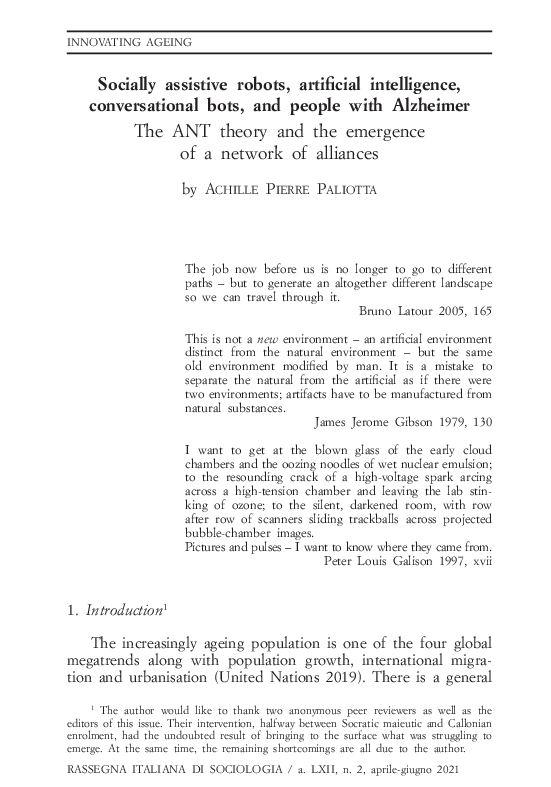