Since the beginning of the sociological debate on social classes, the middle class has been defined negatively for what it is not: lying in the middle between the bourgeoisie and the working class. This article aims to translate the terms of the problem positively, shifting the focus from determining «what is» or «who is in» the middle class to understanding the inherent meaning of «being» middle class. For this purpose, it draws a map of the main theoretical approaches and research works that, following Bourdieu’s example, were designed to investigate the cultural practices that middle-class people engage in to identify as a group and distinguish themselves from others. The article reveals that, in the variety of culture-based approaches, the concept of class assumes a markedly relational character, which expresses itself in the symbolic struggles that are inherent to the everyday practices of distinction. 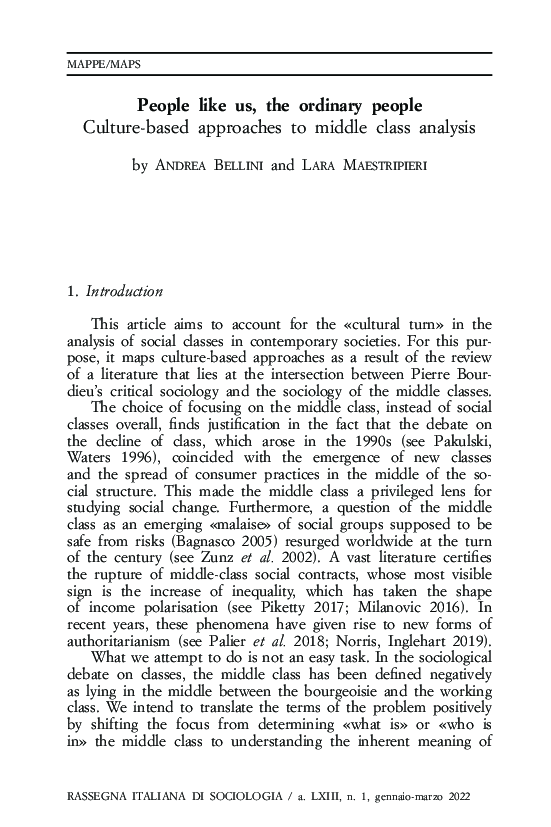