The period between the 1970s and the 1990s witnessed, in the sociological field, the striving for changes in family studies that would overcome the shortcomings of current, mainly functionalist, approaches, that provided categorizing, normative understandings of family life and privileged a static and privatised notion of the nuclear family. The most internationally well-known outcome of this quest is probably the concept of family practices as it was developed by Morgan in the UK, but important conceptual developments also took place in other national sociological fields, with less international visibility. The article reconstructs one of these cases, the debates on rethinking family relations and everyday life that invested parts of Italian sociology in the same decades and sees them in dialogue with Morgan’s quest. We argue that they share many of the theoretical influences, epistemological concerns and political stances, and analyse these commonalities as rooted in the international sociological climate of critique of those decades and related to the influence of feminist research practices and theorizing. At the same time, we point out some important differences that can provide a fruitful ground for mutual contamination 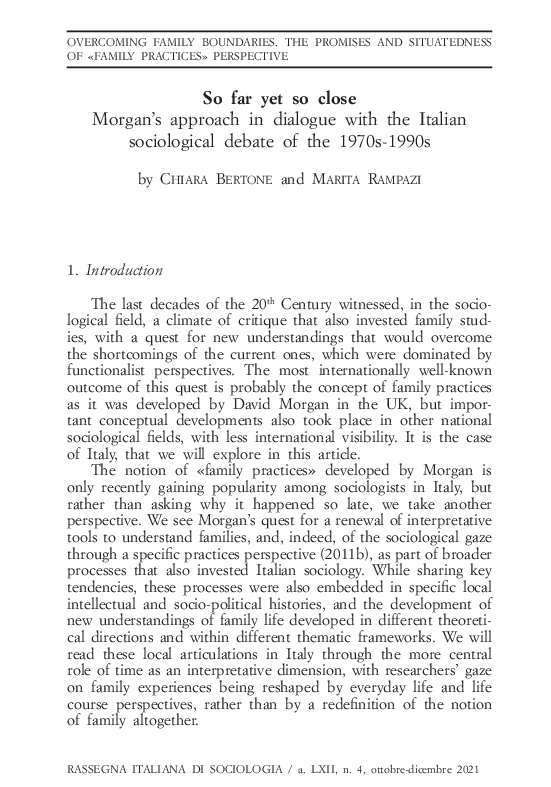