This paper focuses on the concept of culture as it has been shaped by anthropological tradition and considers its uses in "Western" discourse about "other cultures". The anthropological concept of culture elaborated in nineteenth century Europe broke with the old concept of culture derived from the classical tradition. The new concept of culture was innovative, but like every new concept, it "masked" the old one. Like the one derived from the classical tradition, it implied an idea of culture as something cumulative, perfectible, and implementable. Furthermore, as an effect of the developments of science, technology and productivity in nineteenth century Europe, the idea also implied that culture was something that could be measured. This concept played a fundamental role in the discourse of anthropology about "other cultures": both epistemologically and ideologically. At the epistemological level it allowed the production of discourses founded on comparison; at the ideological level, it authorized a distancing of "others" in "other" times. The processes we call "globalization", which have brought attention to the "traffic of cultures", have produced radical critiques of these epistemological and ideological uses of the concept of culture. The intensification of contacts between cultures has obliged us to rethink the relationship with "others" not in terms of temporal distance, but in terms of "coevalness". Displacement and deterritorialization no longer allow us to think of a culture as a discrete and isolated entity, but as a dynamic element which should be studied not in terms of "cultural bricolage", but of power relations within and between cultures. 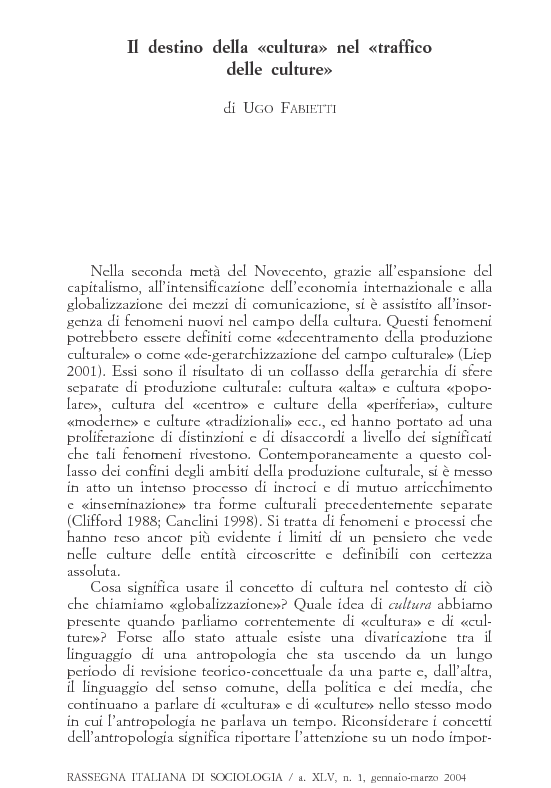