A wide-spread habit among those who attend, organize or observe chat rooms consists in using a cultural vocabulary by which one tends to conceptually oppose "real" to "virtual", associating the former to "truth" and the latter to "falsehood" thus referring the two ensueing pairs in turn to offline and online communication. Such cultural vocabulary presents chat rooms as "dangerous places" where one is liable to meet somebody nasty, since anyone may enter the rooms "masking" one's "true identity". Far from maintaning that chat rooms are safe places, I will argue that both danger and safety are to be located in the meaning each single individual confers upon his own actions, following Max Weber's famous definition, and that the typical vocabulary according to which one assumes chat rooms as dangerous places ends up into risky myth-making, i.e. Wittgenstein's mythology, endangering whoever engages in it. In other words, one indulges in a merely imaginary representation of danger, entailing a whole range of real suffering whose therapy could be readily found in "a drop of grammar". 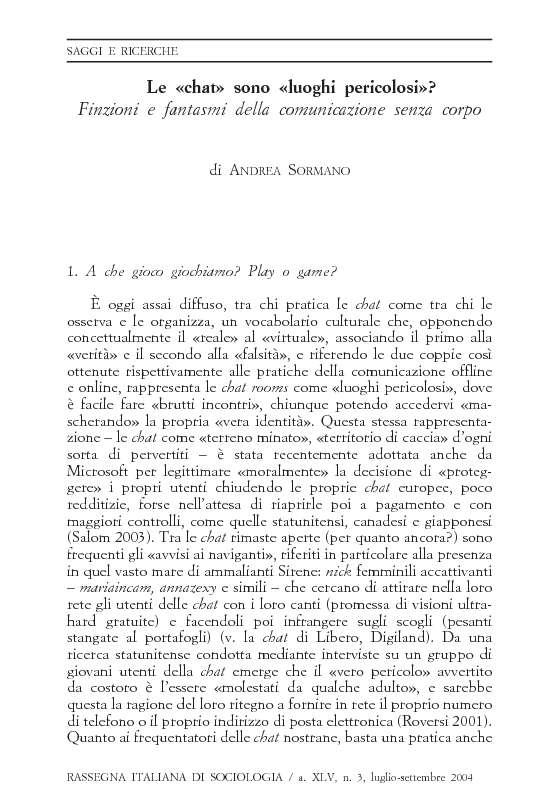