The problem of identity has probably become the central theme of the socio-political debate in the course of the last decade. That despite, and perhaps also that's why, there are many unexplored areas or that however deserve a deepened discussion. This essay analyses through the work of some scholars (Gruzinski, Amselle, Hall, Bhabha, Hannerz among the others) the relationship that exists between personal identity, the formation of collective identities and hybridism (considering the whole of studies and practices that concern on "métissage", "creolism" and "hybridism"). On one hand it is affirmed that the hybrid identity constitutes the form by which the process of construction of the personal identity in the late modernity goes on, although it is not chronologically limited to this, On the other hand it incurs in paradoxes apparently unsoluble in the moment in which it becomes a practice of identification. In other terms hybridism and collective identity seem to constitute an oxymoron, inside which, however, potentially emancipatory social and cultural practices could develop. 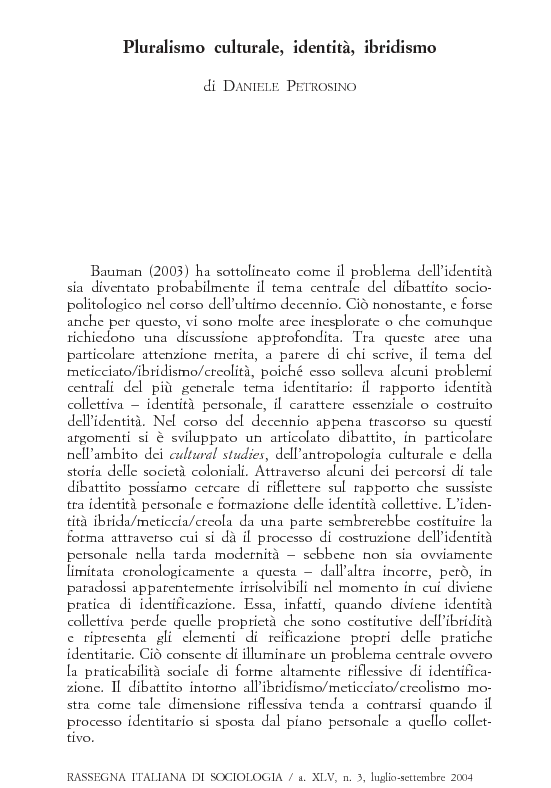