The article is devoted to a reassessment of the concept of participation, recently brought back to the fore by a variety of novel participatory experiences at public, corporate and civil society level. Such flourishing calls for keen analytical and evaluative tools. To this purpose a mapping of the concept is provided first. The dimensions of will and agency are applied to set the boundaries of participation, allowing to distinguish it from interaction and cooperation. Different levels of participation are also singled out, according to its decisional import. The internal articulation of the concept is subsequently addressed. Justifications of the usual distinction between political, social and economic participation are often debatable. A semantic space is singled out by elaborating on two conceptual oppositions: civil/political and public/private. The former refers to power; the latter to salient thirdness. By combining these dimensions four basic types of participation are singled out. Actual processes may go through different stages, tracing a sort of "participatory circe". The current revival, however, mainly concerns "public" participation, as an attempt to move the threshold between private and public affairs. The challenge is to understand the extent to which this may represent an effective, unambiguous answer to the legitimacy crisis of institutions and the decline of social solidarity. 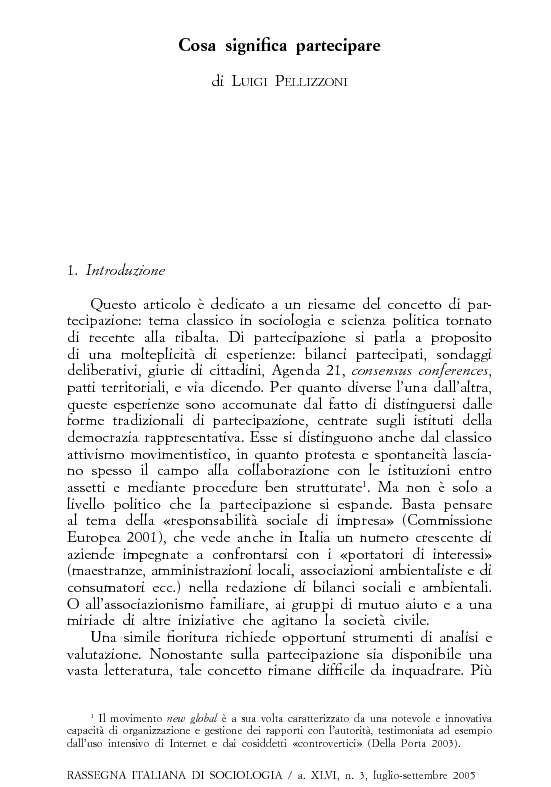