This article starts from the premise that political identities are inherently difficult to construct because they are the least "natural" of all possible identities that individuals or groups might assume. The retreat to public ritual in modern (post-1900) anti-liberal states provides an opportunity to contribute to the emerging sociological literature of political identity formation. Using the work of Charles Taylor (1989), particularly his linking of community and identity as a fulcrum, it argues that public political ritual, conceived as repeated cultural actions in public spaces serve as arenas where ritual actors, both participants and observers, enact identity. Identities range from public to private and are not all of equal valence. We experience identities as "hierarchies" - some are more important than others. Political identities are public identities. Feeling political identity requires a re-ordering of the "hierarchies" of identity - as such, political identities must be part of ongoing national cultural, or identity, projects. By temporarily blurring the boundaries between self and other, self and state, public political rituals attempt to create new national political identities, or felt membership in the national polity. 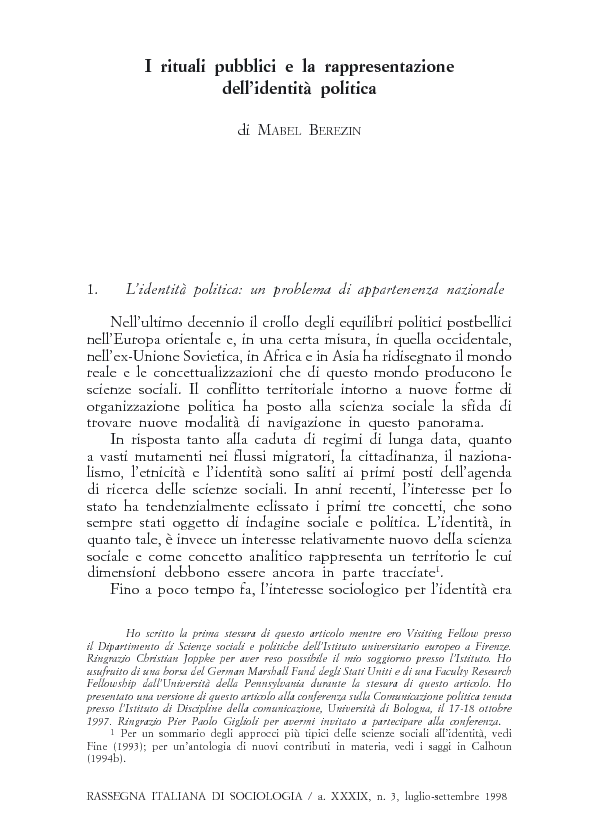