The work gives a synthesis of a research on the female world in Cosa Nostra beginning with the osservation of the ways of communicating between the mafia families and the outside world. The analysis - which is made through a collection of witnesses and the study of written sources - is founded on the functions of the central role of women who live in the mafia context. Whereas, at one time, a woman was considered totally out of the criminal organization - which is strictly masculine - the research demonstrates, on the contrary, that more and more often key roles are given to her in order to maintain the mafia system. Now they willingly speak to journalists; they publicly express their comtempt for their relations who collaborate with the law; they substitute their fathers, their husbands, their brothers in the management of the clan's affairs; they defend, even with a denial, the family honour. Abandoning their silence, the women of Cosa Nostra now play a new rule. 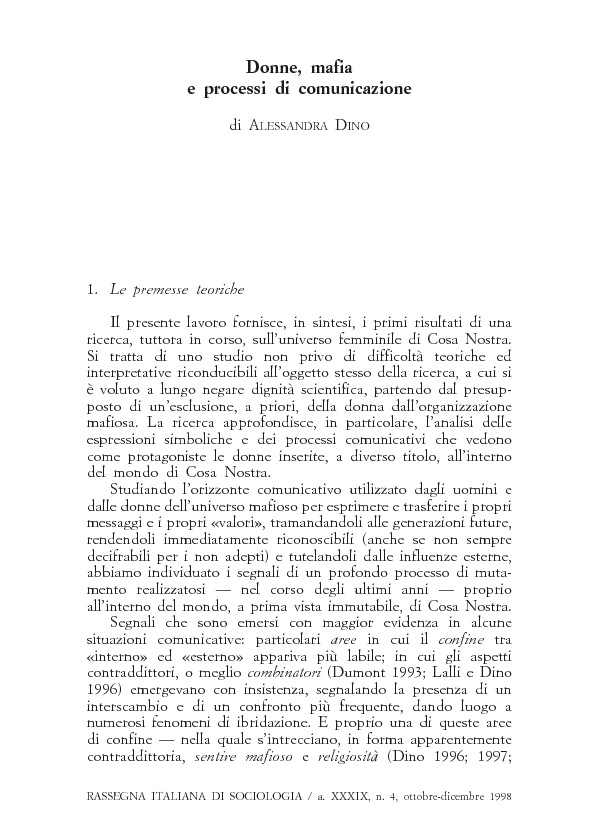