Although controversial, Beethoven was the most frequently performed composer for the piano in early 19th century Vienna. Yet, with one notable exception, women pianists appear to have avoided his concertos. In this article, I suggest that women's distance from Beethoven's piano works, at a time when they were otherwise highly active on the concert stage as performers of keyboard works, constitutes the first instance in the history of modern music of gender segregation at the piano. In light of repertory data, musical-critical and piano-practical discourse, and examination of the careers of female pianists in Vienna from 1780-1810, I suggest that women did not play Beethoven's works because the execution of these works, and the kind of piano they implied called for pianistic and embodied skills incommensurate with traditional strictures concerning the aristocratic body and, more importantly, the female body and its musical display. The construction of the public virtuosic sphere, and the co-production within it of women's exclusion, was achieved through aesthetic and technical devices. These devices provide a case in point of how gender segregation may be achieved through, in this case tacit, stylistic, moral and technical means. 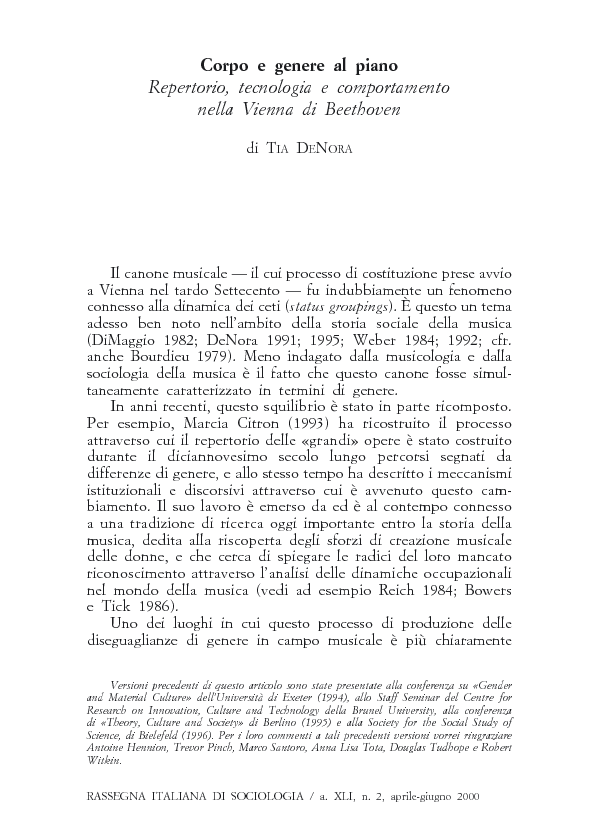