Borrowed from the biological sciences and closely connected with the concept of progress, the term "development" has been largely used by politicians and economists since the Fifties of the century, mostly as a synonym of "economic growth". Sociologists and anthropologists, however, give the concept a broader meaning, which includes not only social and cultural, but also political aspects. A widening of the concept also characterises the development programmes the United Nations had started in the late Forties: their experts, belonging to "developed" as well as "developing" countries, worked out a "Human Development Programme" for the Development Decade 1960-1970 and new such programmes have been annually set up ever since. Such programmes aim at measuring economic growth also by non-economic criteria as well as measuring other general and socio-cultural aspects, such as life expectancies, educational standards, gender discrimination, political participation and so on. Such a broad concept of development points at an "deal model" of society, largely inspired by the western concept of democracy. Many issues are thus included in the idea of development, some of which largely present in up-to-date debates: globalization and local development, control, value systems, conflicts and social change. The concept of "mal-development" has also emerged as a disquieting problem to be tackled. 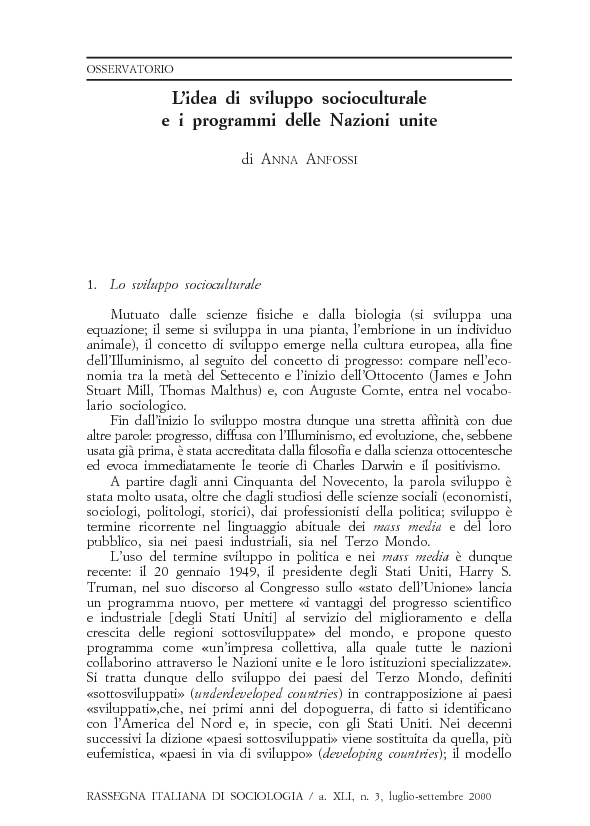