The article addresses the main phenomena which have shaped the relation between politics and society in Europe over the last two decades, since the fall of the Berlin wall. It refers to theoretical remarks and to empirical evidences. In particular, results from a cross national survey are taken into consideration. The data analysed were collected through six countries, belonging to both, the old and the new European democracies. Main findings underline that national peculiarities count in a significant way, but, in the meantime, some transversal trends are noticeable; first, the decline of the territorial party presence and its social organisation. Parties are also progressively identified as government or parliamentary institutions, and are affected by the personalisation trend. Diverse phenomena, such as electoral abstention, distrust, anti-political feelings, populism, social movements, deliberative democracy experiments could be seen as a society "reaction" against the eclipse of the parties. The article support the idea that these trends are not suggestions about the representative democracy "crisis". Yet, probably, they show its metamorphosis towards a system where new and different forms of participation and control practices are establishing between representative and direct democracy. 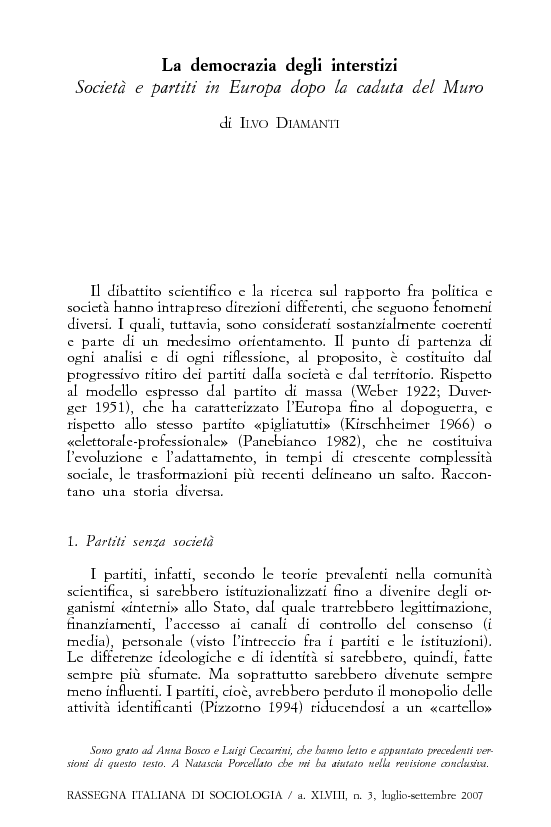