During South African War (1899-1902) around 28,000 boer civilians, by and large women and children, lost their lives in concentration camps. Under the principle of collective responsibility deportation became an established war practice. The cruel indifference for death and sufferance and the willingness of inflicting humiliation, is registered in women's personal narratives. War memories have been collected by Emily Hobhouse, founder of African Women and Children Distress Found, who visited South Africa at the beginning of 1901. Until now almost unknown, women's memories of that time show common feelings with natives, who shared the same suffering: destruction of their villages and deportation in camps. Until recently historians, especially afrikaner historians, has been denying such feelings and experiences. 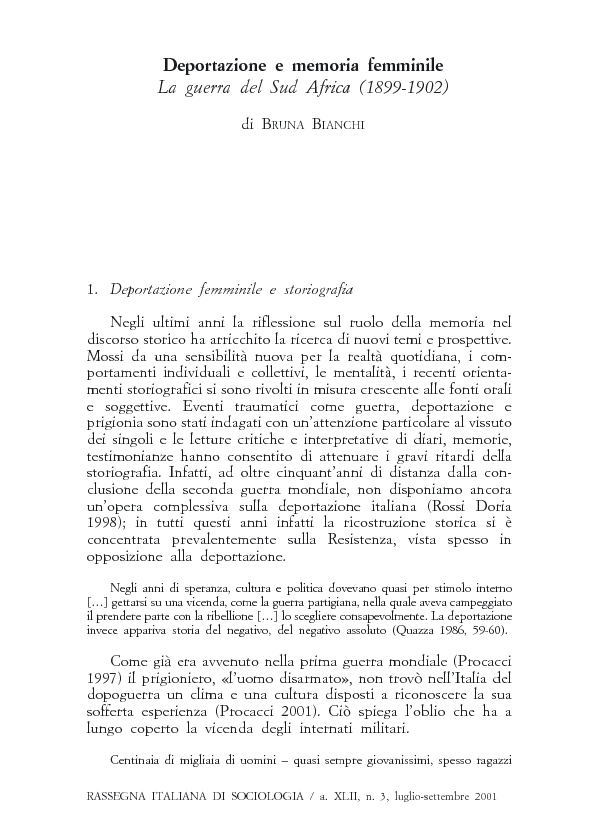