In the last years of his life Simmel produced a reflection on the nature of modern culture, which from being viewed as a tragically oppressive formation comes to be viewed as spineless and weak. For Simmel the relation between culture and modernity becomes problematic in the modern era, because the division of labor and monetarized economy enables the production of objects articulating a subordination of human subjectivity to impersonal demands of objective cultural production. This condition, derived, as evaluation, in 1914 from Bergson's influence and the outbreak of World War I, creates dissonances in modern life, articulating a "tragic" condition (1911), a "crisis" (1917) in which there is the danger of subordination of personal ends to objectively elaborated technologies. As for Simmel the modern order both enlarges and threaten the possibilities of genuine individuality, the hypertrophy of cultural forms fosters an ever-growing objectification, and the triumph of life over cultural forms represents the side of modernity that produces an ever-increasing directness of subjective expression. 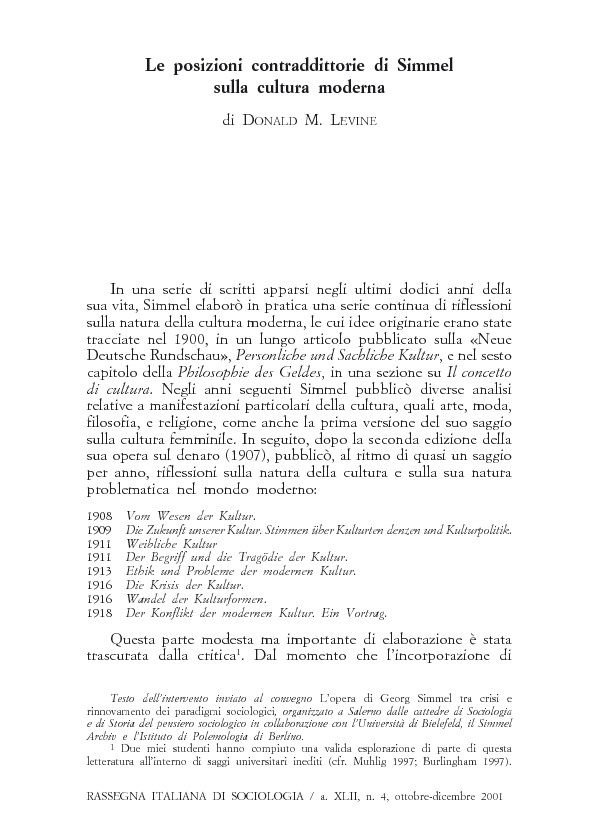