Although long recognized as beneficial, a global language has not come to fruition despite considerable past efforts. A major reason is that many policy makers and citizens fear that such a universal language would undermine the particularistic, constituting primary languages of local and national communities. This dilemma can be greatly diminished by a two tier approach, in which efforts to protect the primary language will be intensified but all the nations involved would agree to use the same second language as the global one. Although theoretically the UN or some other such body could choose such a language, in effect English is increasingly occupying this position. However, policies that are in place slow down the development of a global language, often based on the mistaken assumption that people can readily gain fluency in several languages. 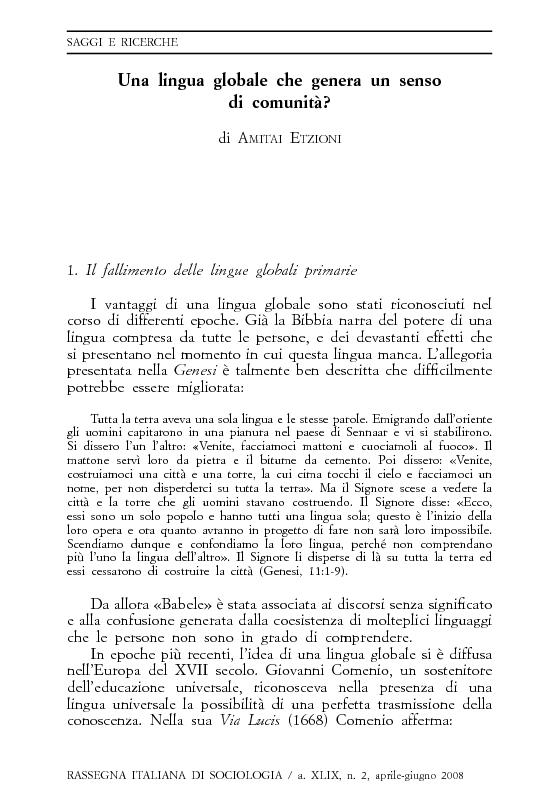