The present paper points out some relevant aspects concerning a specific example of informal economy, i.e. the sorted waste collection service carried out by the informal garbage collectors at Porto Alegre, Brazil. In recent years, the recycling of solid waste run by poor and socially excluded people has become one of the most "evident" forms of the informal economy in the streets of the South of the world's cities. At the same time, this phenomenon has become more popular in several international newspapers. Particular attention has been paid to the potential causes creating this practice of informality, characterised by extremely poor working conditions; whereas not sufficient attention has been paid to the knowledge about the processes by which the garbage collectors phenomenon is socially reproduced in the different urban contexts. Using the methods of qualitative social research (ethnography in particular), I observed the schemes of action that contribute to create the garbage collectors phenomenon in Porto Alegre, trying to understand features and processes that help to maintain a certain social order. In particular, the focus was on the constitution of "grass-roots" organisations, their features and their relations with both subjects operating in the formal part of economy and the local public authorities. 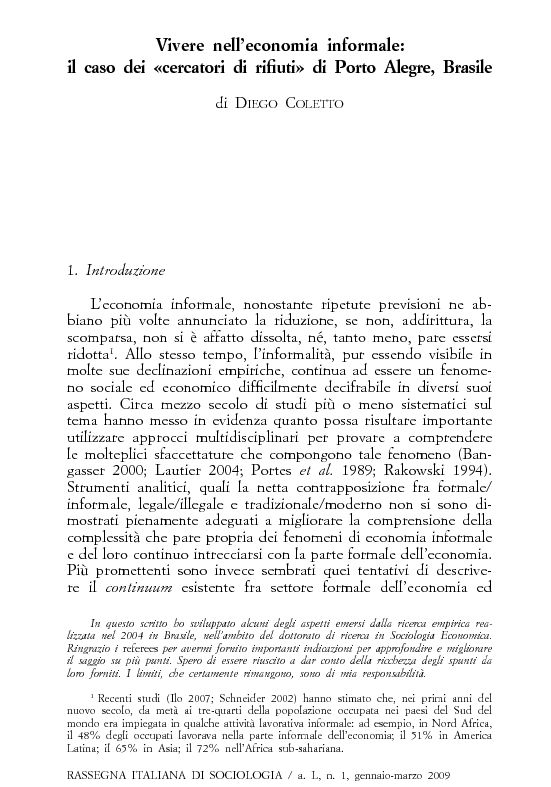