Although software for handling textual data has been available since the mid 1960s, it was not until the early 1980s that qualitative researchers discovered that the computer assist them working with their data (Kelle 1995; 2000). Today, however, their use is more widespread. In this paper we discuss the use of CAQDAS (Computer Qualitative Data Analysis Software) to analyze ethnographic field data. Indeed, these packages allow different functions. Organizing and annotating are two basic tasks of qualitative data analysis. Coding and retrieving is one of the central tasks of CAQDAS. These packages allow also to build theories or hypothesis testing. In this last functions, especially in the possibility to build theories, is determining the presence of network graphs. In fact, theory-building CAQDAS do not actually construct theory, but they construct a graphical map of ethnographic data. In those networks nodes represent data (fieldnotes, memos, code, etc.), and links represent relationships between data. The focus of this paper is the central rule of queries and networks to organize a tacit dimension of ethnographic knowledge. 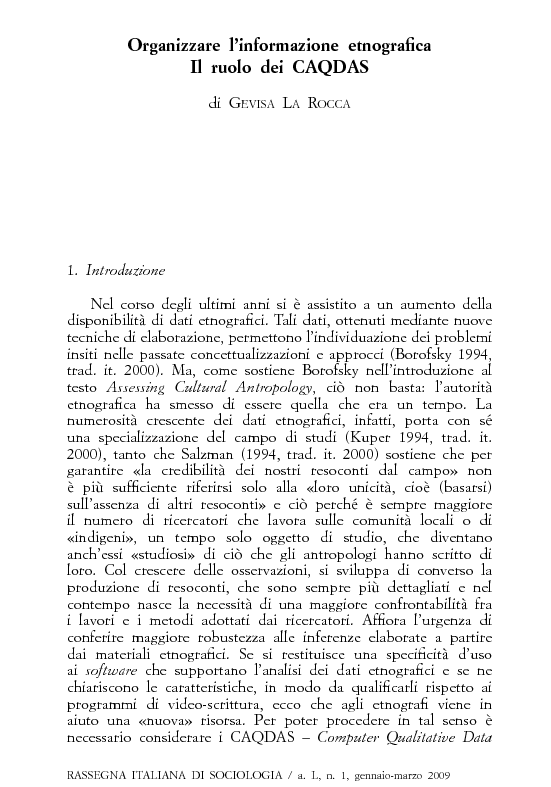