In current theoretical and policy debate concerning urban regeneration in Europe, the neighbourhood has re-emerged as an important setting. This paper addresses the theme of urban regeneration drawing on a research study about a specific «area and people-based» program, realized in two neighbourhoods in Turin. In these selected areas some estates, originally built to host athletes and journalists during the Olympic Winter Games (2006), were converted into social housing units meant to promote social mix among less and more well off inhabitants of the area. The aim of the study is to gain a better insight into the development and the outcome of the program. Evidence is offered from a survey on orientations and behaviours concerning social relationships in one of the two neighbourhoods, after two years from the intervention. The core question of the paper is whether the effect of cohesion and cooperation among people living in the same area, but belonging to different social clas¬ses, has taken place as expected. The paper explores factors and mechanisms explaining the partial failure of this social and urban experiment, focusing on the experience of daily inclusion/exclusion from a specific shared place. Con¬cepts from institutional economy are introduced to enlighten the complexity of this experience. 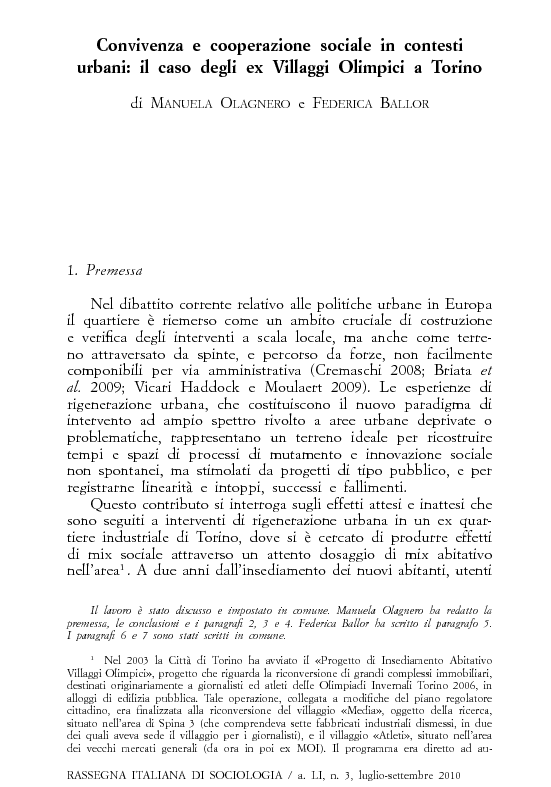