The European Union provides a unique example of the limits of techno¬cratic governance. As long as the competences of the EU were limited public opinion was willing to accept the deficit of democracy as the price to be paid for the hoped-for benefits of economic integration. Since the 1980s, however, it has become increasingly clear that in terms of growth, employment, and productivity Europe is falling behind its major international competitors. In spite of these disappointing developments, and of the public discontent revealed by a series of negative referendums, more and more powers were delegated to the European level, culminating in the establishment of monetary union and of the European Central Bank. The ECB is unique in two respects: its independence has a quasi-constitutional, rather than merely statutory, basis; and since there is no politically accountable European government, the Bank operates in an almost total political vacuum. The political isolation of the ECB has serious consequences also in terms of policy efficiency. This is because the Bank's commitment to price stability is too rigid to permit sufficient flexibility in crisis situations. In such situations a central bank should work with the go¬vernment to determine the right balance between the commitment to monetary stability and the flexibility necessary to respond to external shocks. In the EU such a balance cannot be achieve since the ECB technocrats have no political counterparts. Thus, a monetary union introduced before there was agreement on political union, has revealed the limits of technocratic governance. 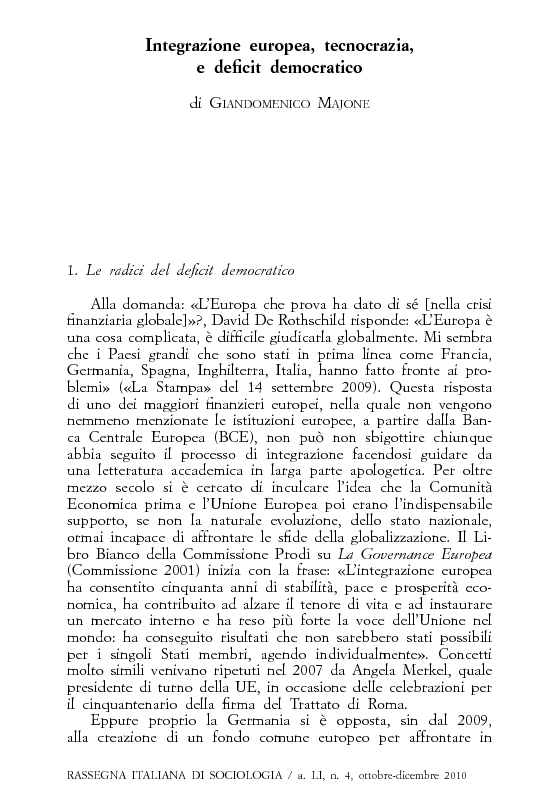