This paper presents an empirical analysis of the media behavior over the recent financial crisis, by suggesting a sociological perspective to financial markets and a comparative research approach. We report statistical data on front page news of four newspapers, i.e., Wall Street Journal, Financial Times, Sole 24 Ore and Corriere della Sera, between September 2008 and September 2009, that is, when financial market behavior was extremely turbulent and the world in the midst of one of the most dramatic economic crisis ever. We report crucial differences between the newspapers in the aggressiveness and the negativity of the media messages, the capability of predicting financial market behavior, and the impact they had on the public opinion. Our results cast serious doubts on the possibility that media can accomplish their societal function of watch dogs for investors and citizens in this phase of emphasis and expectations about the shareholder democracy and the positive social contributions of the ubiquitous finance. 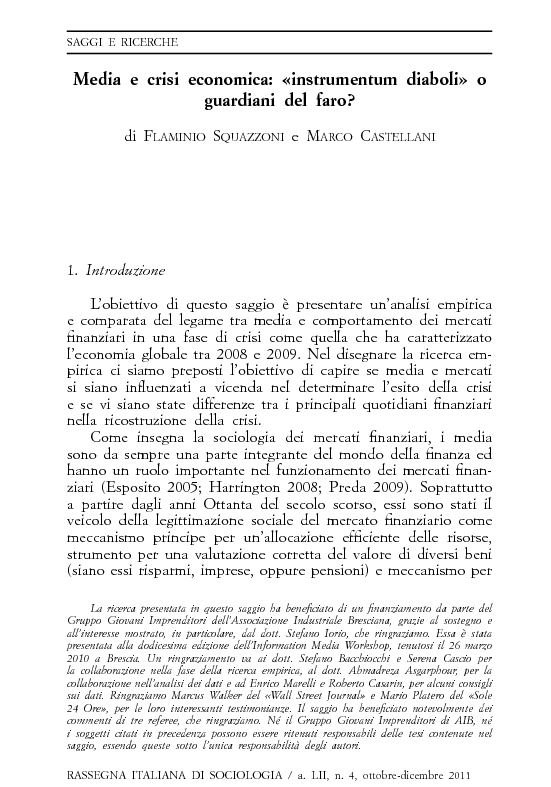