The debate over religious change in Italy is far from having reached unanimous conclusions: some scholars underline an unbroken trend toward a decrease of religiosity, while other scholars highlight the signs of a religious revival especially in younger generations. Beside difficulties of definitions, such different conclusions are also due to the lack of information on a sufficiently long period of time. In the paper this problem is tackled developing a pooled analysis of repeated cross-section surveys that spans over four decades. Using different studies (Eurobarometer, Issp, Evs, Ess, Itanes - Italian National Election Studies, Istat Multipurpose Household Survey), the article analyzes secularization trend in Italy on the basis of church attendance, that despite well-founded criticism keeps being a vital indicator of this phenomenon. Our results show that the trend of attendance to the mass in Italy has decreased since the 1960s until today, despite a period of stability at the turn of the 1980s and 1990s. The overall trend looks like a lying «S» trend (decrease up to the Seventies, stability in the Eighties, decrease afterwards in the 2000s). Thus the revival hypothesis is not corroborated. 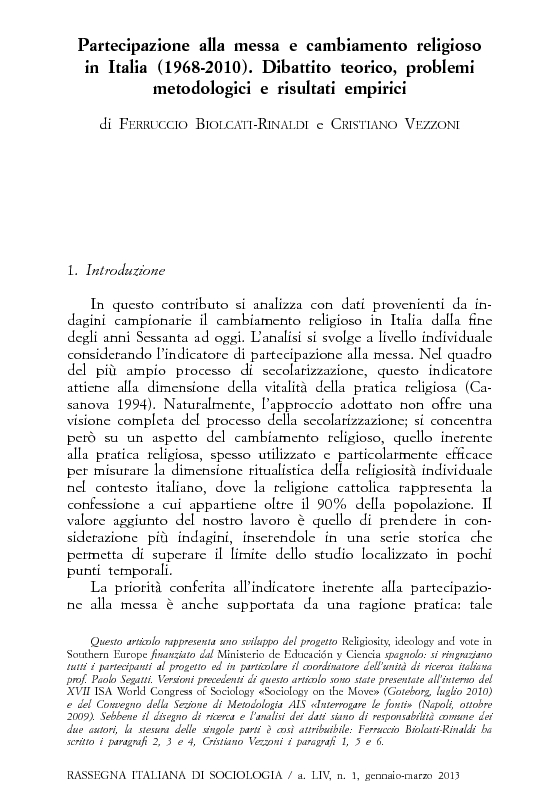