This article discusses the impact of Pierre Bourdieu's social theorising on two related fields of debate, namely research about the evaluative practices of cultural critics, and research about the artistic legitimation of popular culture. More specifically, the article argues that the concept of field (Bourdieu 1993, 1996) makes it possible to investigate the ways in which criticism, as a cultural category, is "struggled over" by competing groups of experts and audiences. In this respect, field theory helps addressing criticism as a field in itself, rather than as an uncontested and uniform cultural institution. The article will first contend that Bourdieu's attention to struggles over practices and classifications remains underappreciated in the sociological literature on critics. It will then argue that a field perspective may enhance the study of the institutional diversification of criticism within popular culture. This claim will be substantiated discussing some findings of the author's research about the rise of popular music criticism in 1970s Italy. The discussion will conclude considering the possibilities that field theory may open up for future research, particularly in relation to the impact of digital media on the institutions and practices of criticism. 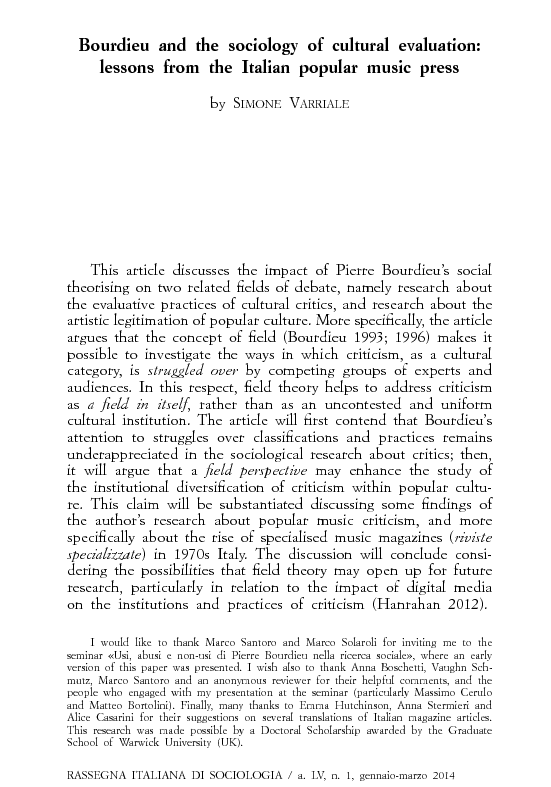