This article aims to show that Ethnomethodological "Membership Categorization Analysis" and Derridean deconstruction offer sociology means of conscious reflection on the limitations encountered when it considers: first, that its conventional categories cannot claim to refer to a natural presence, nor to have «transcendental» meaning; second, that they emerge and acquire meaning only in a constantly-evolving context, in relation to which they should be studied. The uncertainties relating to the meaning, which arise from taking these limita¬tions seriously - and the consequent openness to the meaning's multiplicities and instabilities -, open also up new critical capacities for Ethnomethodology itself. These allow for a theoretical approach able to accommodate disorder (or rather not pre-directed to the search for order), with greater flexibility to describe what defies expectations and to accept the undefined. This approach reminds scholars that everything they do is the result of a series of choices and assumptions (including moral choices and assumptions) of which they should be aware, and which may in turn be studied. It is capable of detecting emerging (and unexpected) aspects of the superficies of different discourses, and the excesses of their claims to substantiality. 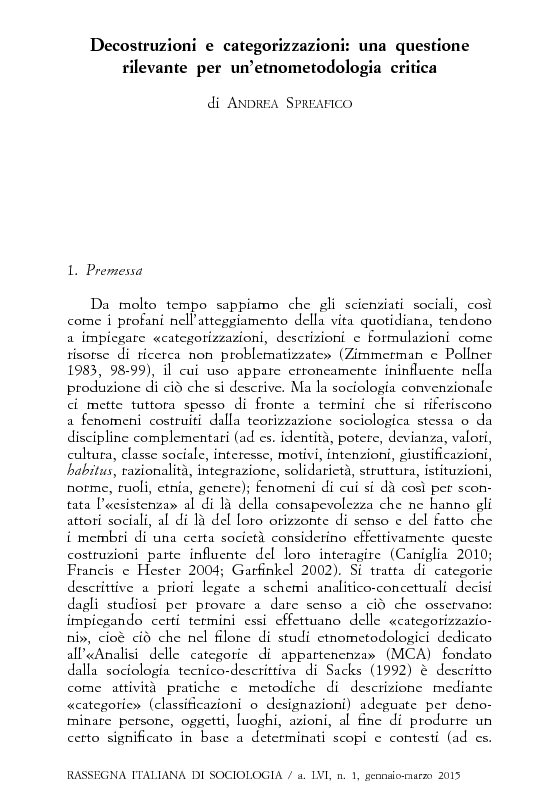