The aim of the paper is to validate the argument asserting that cosmopolitanism has to be rooted in the «local». In this context, the paper affirms both the conceptual and empirical autonomy of the «local», understood as belonging to a particular social milieu and «cosmopolitanism», generally interpreted - on the contrary - as voluntary adhesion to mankind. The paper rejects the "dichotomy" between the two and asserts, vice versa, the combined and intrinsic relationship between the «local» and «cosmopolitanism». Sociologically, the two forms merge shaping reality. In short, in line with Durkheim and Simmel, it is maintained that cosmopolitanism is more the consequence of transcendence - without destruction - of the concrete social space rather than the manifestation of a cognitive universalism, based on the abstract nature both of the individual and mankind. 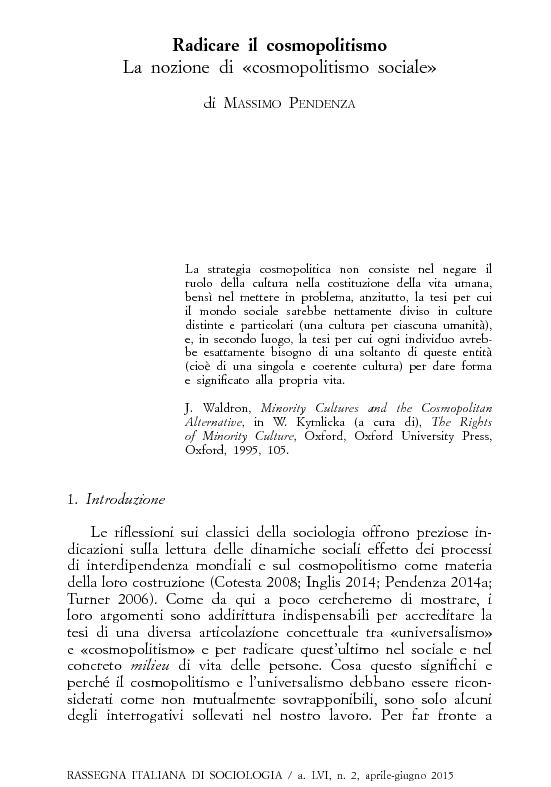