At the roots of the quantification processes that have increasingly affected the western modern society, we can find the scientific research, not only because the technologies required for treating huge amount of data have grown up within science, but mainly because science has produced and shaped the fundamental dynamics through which the power of large numbers operates. Science and Technology Studies (STS), therefore, offer a great opportunity for better understanding these dynamics. For this reason, the article analyses how numbers transform themselves during the research activity from being a statement about an object to be an object, i.e. scientific facts «ready for use», which acquire the independence from the context of their construction. The objectified character of numbers, moreover, is strengthened thanks to their use by the scientists. Alongside to this transformation - which corresponds to a kind of naturalization of the numbers - there are two other processes, closely related to the power dynamics of the large numbers: the standardization of procedures, of which scientific instruments represent the most important expression, and the capability of acting at a distance. These three processes are currently affected by an acceleration mainly linked to the increasing digitalisation of scientific research, as proved by the growing relevance of data-bases. Eventually, showing that the power dynamics of large numbers found in science are similar to those which are affecting the society, the article also sheds light on the significant relationships existing between STS and sociology of quantification. 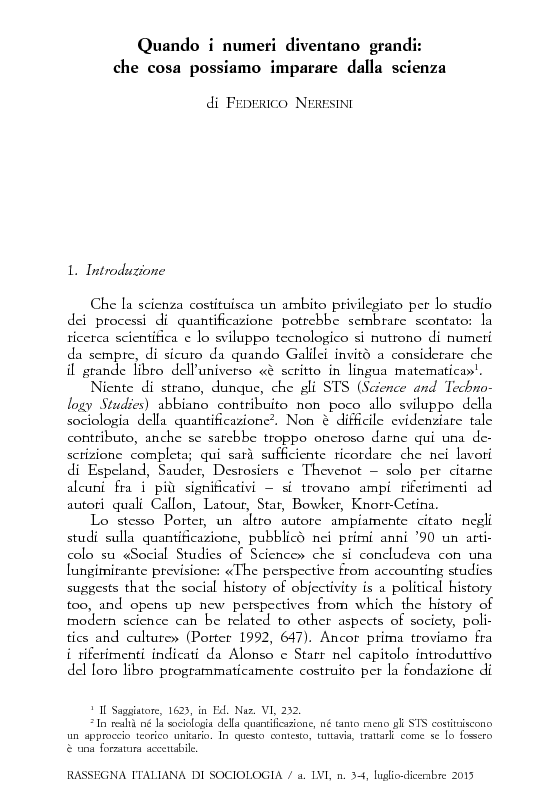