Dyslexia is commonly used as an umbrella-term to denote poor skills in reading, as well as in writing (dysgraphia), in spelling (dysorthography) and in making calculations (dyscalculia). In Italy - where people with dyslexia are estimated around 4% of the population - this condition has received little or no attention until the 90's. This article focuses on twenty narratives - collected through in-depth interviews - of people who experienced this difference without being able to name it. Nowadays most of the pupils with a «learning disability» is diagnosed in the early years of school. Analyzing the experience of individuals who went through the education process without diagnosis - relevant by itself - can also illustrate the actual experience of those who come to terms with dyslexia before it is diagnosed. The essay moves from a reflection on the role of diagnosis, focusing on the ambivalent consequences of this form of medicalization of otherness. By juxtaposing two perspectives on this condition, we will focus on how the interviewees frame dyslexia and, consequently, themselves as dyslexic. While the majority of the stories reproduce the dominant construction of dyslexia as a «disorder», some participants define themselves as «neurologically different», mirroring the notion of neurodiversity and contrasting the medical model of dyslexia. 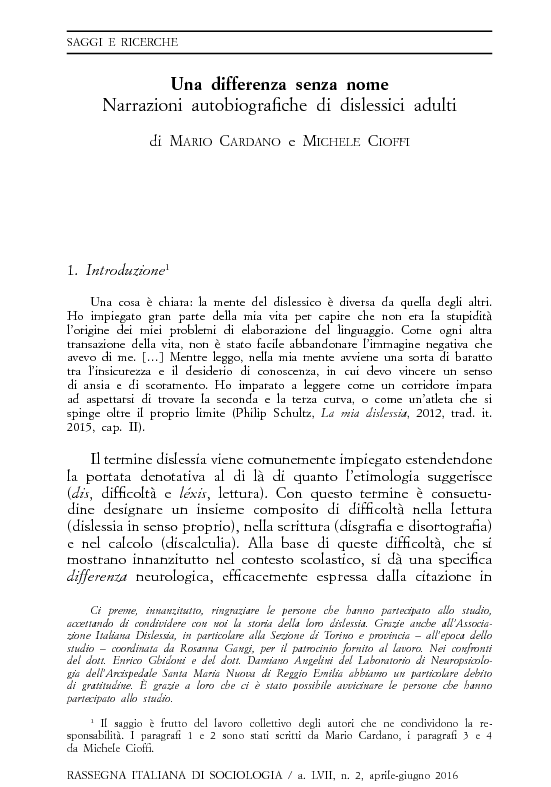