In this paper, I take issue with proponents of «intersectionality» which believe, that a theoretical concept cannot/should not be detached from its original context of invention. Instead, I argue that the traveling of theory in a global context automatically involves appropriations, amendments and changes in response to the original meaning. However, I reject the idea that «intersectionality» can be used as a free-floating signifier; on the contrary, it needs to be embedded in the respective (historical, social, cultural) context in which it is used. I will depict some of the current debates engaging with the pros and cons of the global implementation of the concept by dealing with a) the controversy about master categories; b) the dispute about the centrality of «race»; and c) the dispute about the amendment of categories. I will show how «gender», «ethnicity», «race» and «class» are invariably linked to structures of domination, but can also mobilize or deconstruct disempowering discourses, even undermine and transform oppressive practices. I will finally map themes and questions for future lines of investigation. 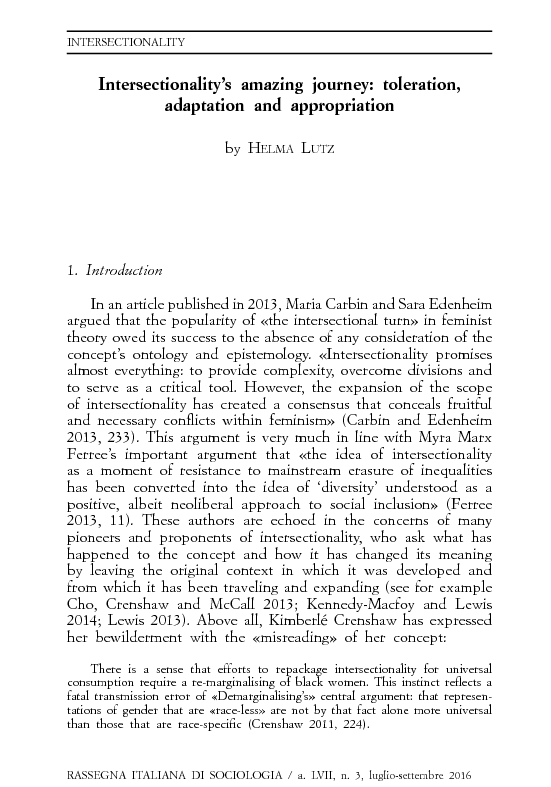