Even though less than three years is a very short period for evaluating a process as complex as that of secularization, we can find some evidence supporting an assessment of Pope Francis' intial impact on Italian secularization. After a synthetic glance at the available sociological literature on the last phase of the secularization of Italian society, a set of analytical instruments has been selected, mainly, but not exclusively, drawing them from the luhmanniam version of social system theory. The analyzed data refer to transformations observable during the here-in considered period of time (2013-2015) and pertaining to the local Catholic religious authority structure, Pope Francis's public and extra-religious policies, as well as some dimensions of religiosity. Briefly, this paper argues that the impact of Pope Francis papacy up to now is supporting, or at least not successfully contrasting, the ongoing shift of Italian Catholicism from the hegemony of a neoconfessional religious subculture to that of a low intensity religious-like Catholicism 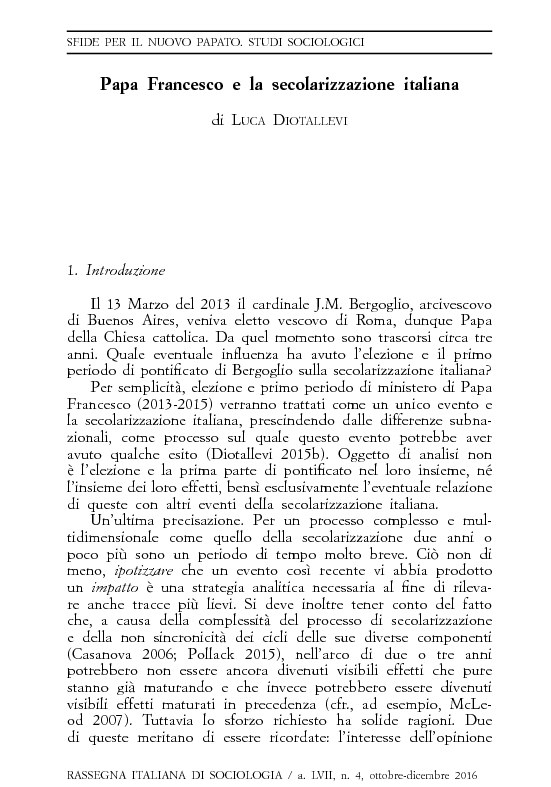