This paper analyses the diffusion of innovations process. Of course, this process is influenced by the attributes of each innovation and by the manner in which potential adopters exercise their decision-making prerogative, according to their psychological and social characteristics. Nevertheless, the diffusion process is affected also by the social and local context in which it develops. For this reason, it can evolve in different ways. In this framework, it is important to observe how some actors play the role of intermediaries. They create the specific conditions that facilitate the diffusion process. In particular, they perform a screening, evaluative and validating role concerning the innovation at stake. Through their work, it is possible to reduce the uncertainty which can hamper the adoption and implementation process. An exploratory study on the introduction of the photovoltaic technology in Italy has given some empirical support to these ideas. In particular, it has been confirmed the crucial role of intermediaries and it has emerged that they can rely on trust resources and social capital, not only in the relationship with their client, but also in the relationship among themselves, giving rise to collaborative and collective learning systems. 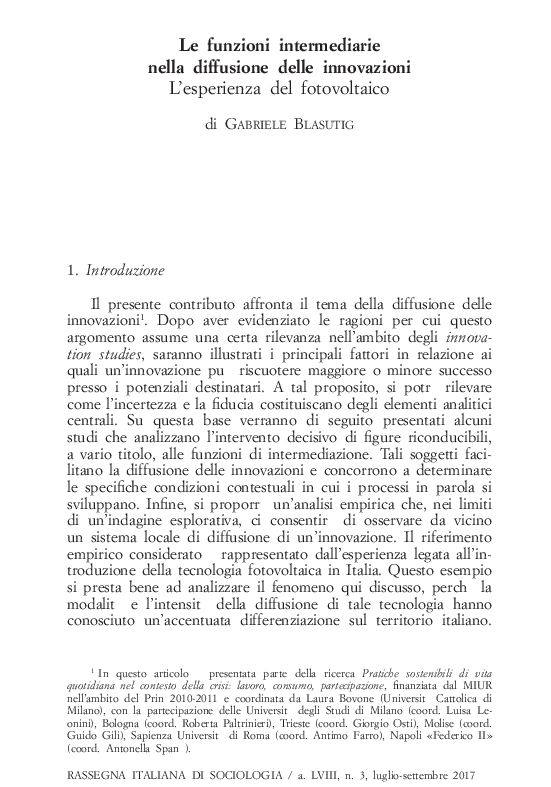