This article aims to open a conversation on the recovered enterprise phenomenon as it takes place specifically in Italy. In the popular and academic imagination the expression «recovered enterprise» evokes the phenomenon that emerged in Argentina between 2001-2002, when thousands of workers restarted failed businesses without the involvement of their previous owners. These experiences were the result of the massive economic crisis that befell the country at the time. While the Argentinean case is foundational, and now widely studied, in the past decade cases of worker-led recoveries have taken place also in Spain, France, Greece and Italy, mainly as a result of the crisis of 2008. Yet very little is known about them. The article explores the Italian phenomenon by looking at the available data, drawn largely from grey literature. Two preliminary conclusions can be reached on the basis of this analysis. Firstly, Italian recovered enterprises are better characterized as instances of workers' buy-outs, closely linked to the country's cooperative sector. Secondly, as a result of the latter factor, the phenomenon appears to be quite different from the Argentinean one (especially in its early version) due to the institutional support that Italian workers' buy-outs receive from the State and the cooperative confederations. There are, however, three cases in Italy that are much closer to those found in Argentina. 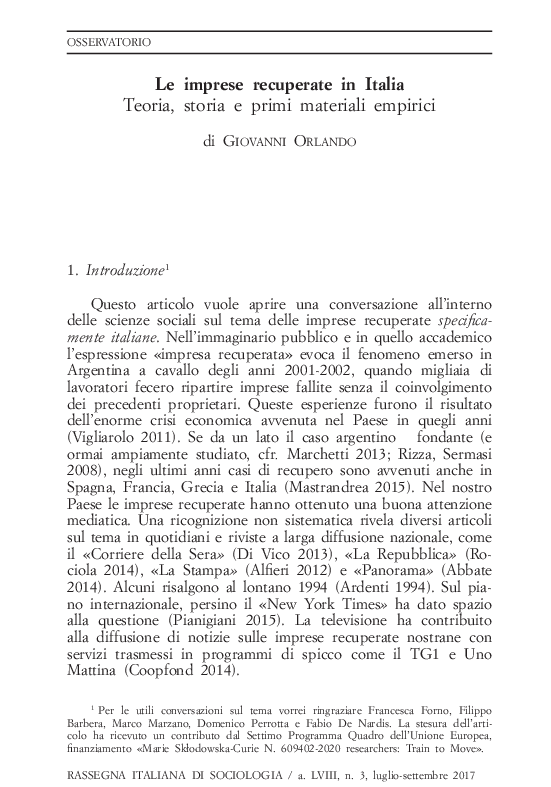