Modern democracies are currently faced with a number of different challenges. One of these, and possibly the most important of them all - one that will condition the way that democracy evolves in the future - is the multiplication of antipolitical behaviour and attitudes. Following a brief presentation of certain defining, conceptual aspects of this phenomenon, the present article deals with the principal questions that the growing body of literature on antipolitics has examined. The first of these regards the relationship between antipolitics and the depoliticisation process. This will be followed by an historical analysis designed to establish whether there has ever been a «golden age» of relations between citizens and politicians. While politics is coming increasingly under attack, there are numerous scholars who have come out in its defence, arguing for the need to raise citizens' awareness of the values and limitations of democratic politics. The diffusion of such an awareness would have the effect of reducing those expectations separating citizens from politicians, and consequently the presence of antipolitical feelings. This is not an easy task because contrary to the claims of folk theories concerning democracy, citizens tend to be politically disinterested in, and even less conversant with, questions of political democracy. Finally, I shall attempt to outline the political meaning of antipolitics, and I shall also reflect on its place within the processes transforming contemporary democracies. 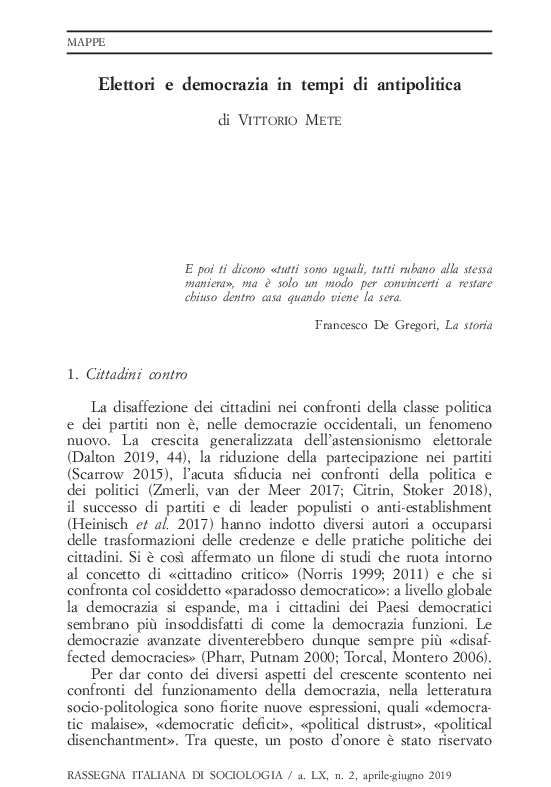