This article explores how young women talk about inequalities. Focusing on the UK and based on eighteen qualitative interviews conducted with classical musicians in 2019, the article traces changes and continuities in young women’s negotiations of feminist issues. Set against the backdrop of critical, scholarly debates on the current luminosity of feminism as well as the rise of neoliberal and popular feminism, the article demonstrates that young women are aware of, and willing to talk about gendered, racialised and classed hierarchies at work. Compared with earlier accounts of the unspeakability of inequalities, especially in the cultural and creative industries, the research participants’ incisive discussion of inequalities marks a shift. At the same time, the article shows that the research participants’ insightful accounts of unequal power relations exist side-by-side with individualist and neoliberal rhetoric, thus pointing to continuities in young women’s sense-making and highlighting the complex entanglements between popular forms of feminism, neoliberalism, and individualism. By drawing on original qualitative research, this article contributes to our understanding of how wider cultural, social and discursive formations affect young women’s sense-making of gender issues and intersecting inequalities. 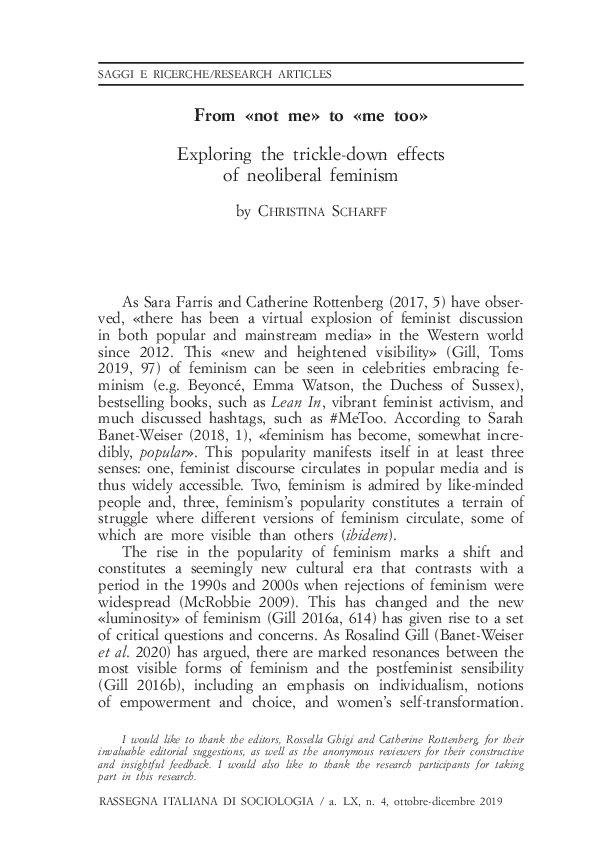