In recent years, the public discourse on gender has expanded to include criminological themes, giving rise to a slippery plot that seems to have monopolized media attention, generating social alarm and strengthening stereotyped dichotomies, which, obviously in a more complex form, are visible also in the academic debate. In this context, the article aims to 1) check whether female victimization and female crime, subject to social alarm, have actually increased, 2) conduct a brief review of the literature on the «virgin and vamps» dichotomy that connotes public discourse when it intends to represent the women who committed crimes but also the women who are victims, 3) highlight the relevance of this dichotomy at the academic level, where opposing positions are confronted in a lively debate identified by accusing each other of generating moral panic and making methodological errors, and 4) identify some lines of research suitable to enrich the debate, considering gender both as «structure» and as «interaction». 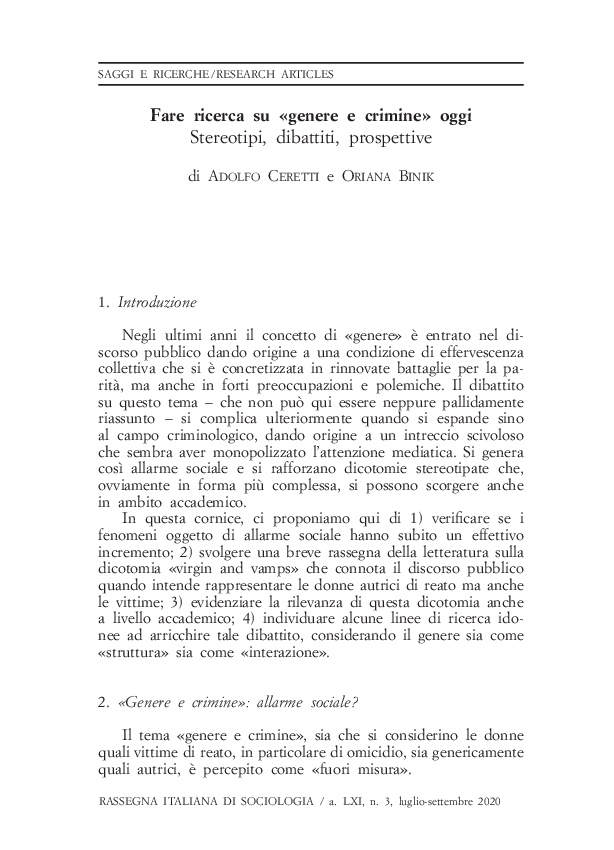