Acli-Colf was founded in 1946 with the aim of organising domestic workers at the national level. In the immediate post-war period, the development of this organisation was shaped by the cold war and its impact on Italian politics. It was also shaped by a Catholic vision of women's role and by a typically Catholic approach to labour relations that underplayed the conflicting interests of social groups. In the 1970s, however, Acli-Colf rejected Catholic ideology and strategy and adopted a class-based approach to labour relations. At that time, migrant women were beginning to enter Italy in increasing numbers and were employed almost exclusively within the domestic work sector as live-in workers. The article examines the manner in which Acli-Colf responded to this new and different presence of women between the 1970s to the early 1990s. In the first phase of this period, Acli-Colf mainly concerned itself with class differences between domestic workers and their employers; at a later stage, given the presence of migrant domestic workers, the organisation was forced to examine the relationship between gender, class, and ethnicity. The ideological evolution of the association is also examined: its development from a Catholic interclassist perspective to one of class antagonism to one of gender is charted. Whether this facilitated an appropriate response to the needs of migrant women is subject to question. 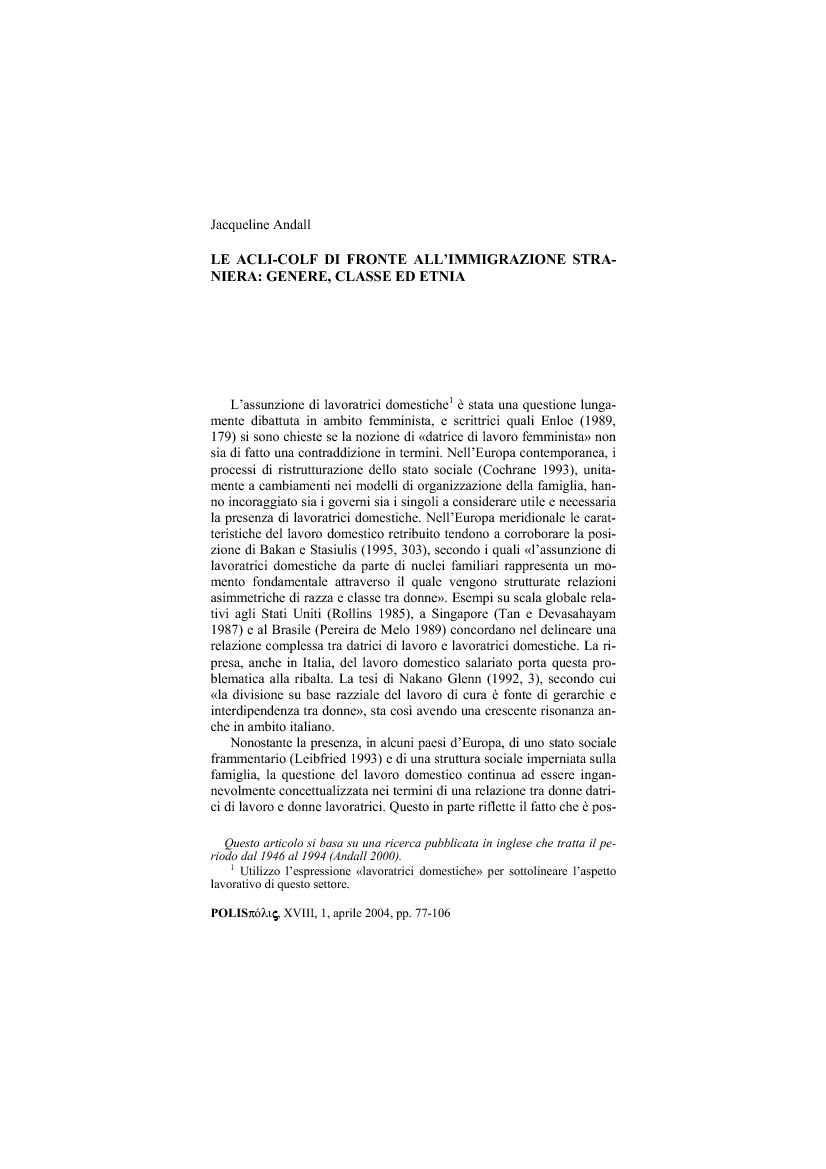