The article initially focuses on debates about domestic service at the be-ginning of the 20th century, when many Europeans expected that progress would imply the decline or disappearance of domestic service. Indeed in the following years the percentage of domestic workers among the eco-nomically active population decreased all over Europe. Yet in many countries the interwar period was characterised by a reversal of the trend, due - besides the economic crisis - to strongly gendered policies devel-oped by governments to address economic difficulties. There was, how-ever, no simple relationship between authorities' efforts to expand do-mestic service and the transformation of its incidence among the eco-nomically active population. While women of several European countries (particularly the fascist regimes of Italy, Germany and Spain) had to cope with policies which emphasised their domestic role, Swedish women dis-cussed how to combine work and family. In the following decades, the development of welfare state in Northern Europe offered a solution to this problem and implied a particularly strong reduction of domestic service. In fact, after World War II domestic workers (particularly live-ins) declined almost everywhere in Europe. But ageing populations, in-creasing female employment and consequent difficulties of the welfare systems, and the large supply of relatively cheap labour by international migrants are currently leading to a "resurgence" of paid domestic work. This resurgence is also due to policies aiming to fight unemployment and informal work through the expansion of so-called "proximity services". 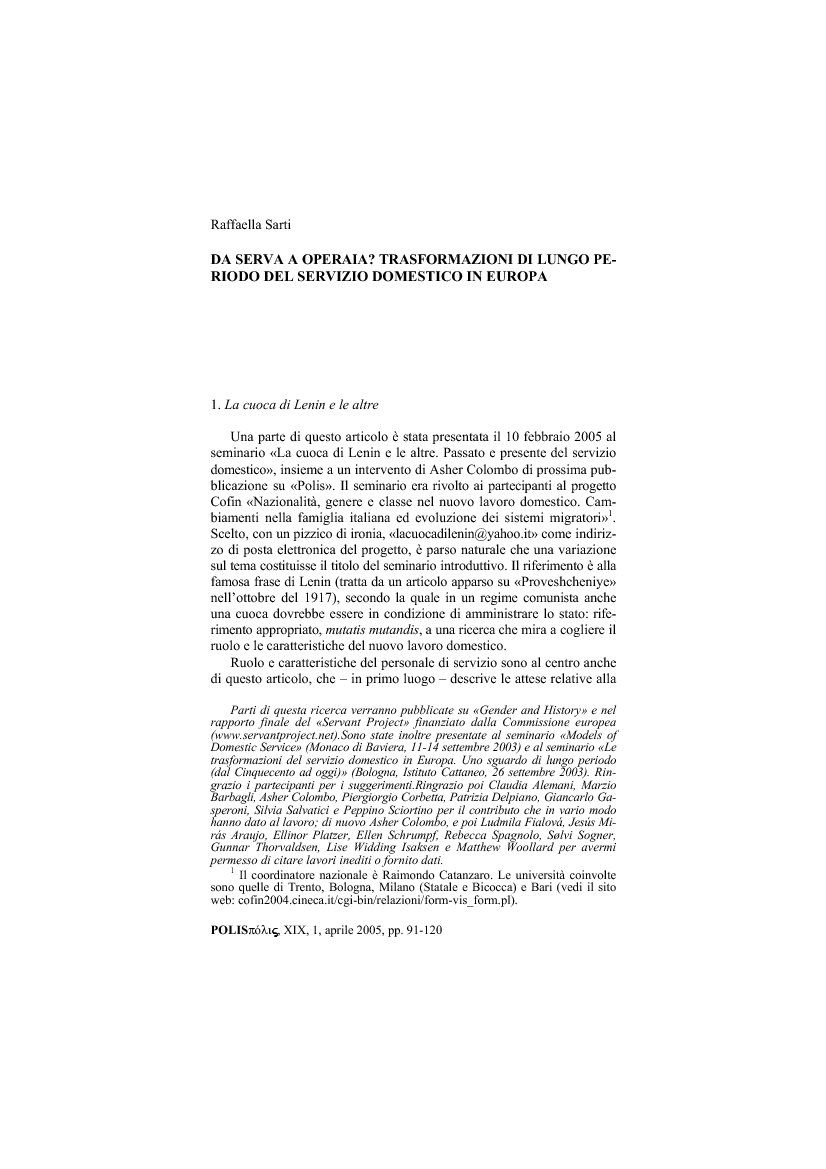