By referring to unpublished documents drawn from the state archives of the Italian Ministry of Foreign Affairs, the private records of the Italian petroleum and gas company Eni, and British and United States archives, this essay reveals the complex plot of relations which was interwoven between Italy, Libya and the United States in 1972. A request, by Libyan leader Muammar Qaddafi, of Italian-produced weapons (licensed by the U.S.), was followed by a very intricate series of events, in which the interests of all three countries came into play: the United States wanted Italy to purchase their Tow and Lance missiles, Libya craved Italian armaments, and Italy aimed to close Eni oil deals in Libya. In such a rough time in the political history of Italy, Italian leaders, thanks to Prime Minister Giulio Andreotti, could successfully conclude this profitable tri-national exchange. Andreotti took advantage of America's concerns: he dangled the possibility that Eni could give in to Libyan pressure to acquire full control of all of Libya-based companies. Since this would have put even U.S. companies in jeopardy, Andreotti was able to obtain the permission to sell the armaments to Libya, granting the purchase of the American missiles in exchange. 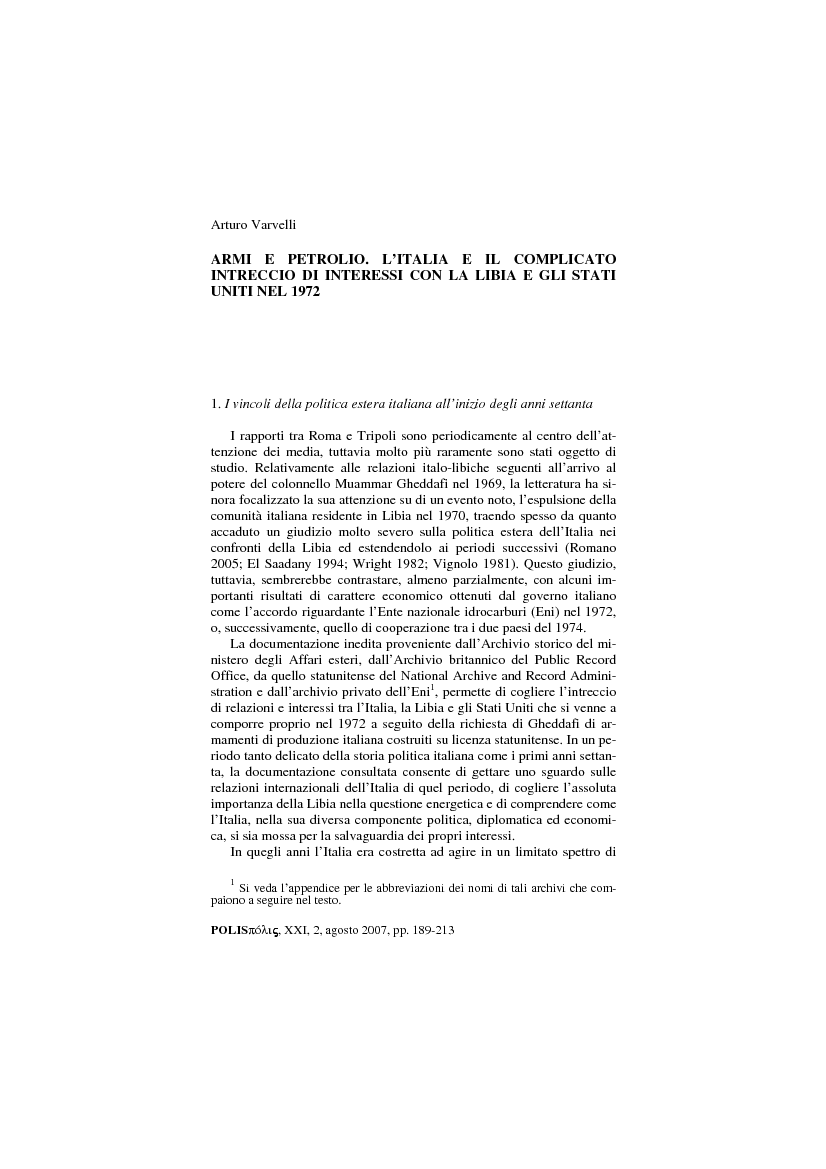