Employment protection legislations attracted particular attention in the past decade as a potentially important cause of persistently high unemployment in Europe. In response to this concern, a considerable number of Oecd countries liberalised the rules governing employment. Italy opted for the deregulation of so-called "non-standard" employment relations for particular groups within the labour market, but left "standard" employment and pre-existing work contracts largely unchanged. This choice was justified by policy-makers with the argument that, in the long run, it may be a way to integrate the weakest components of the work force into the labour market - that is, in standard, secure employment. This process has been referred to as "partial and targeted deregulation". As a consequence, non-standard employment has grown especially among the younger cohorts, creating a real "secondary, underprotected, labour market which arises substantial problems of social citizenship and potential marginalisation. In this paper we investigate the consequences of these flexibilisation efforts for the labour-market entry of recent cohorts. In particular, we ask whether these measures have effectively helped to integrate young people into the labour market, or whether they have simply added employment precariousness to pre-existing problems of social inequality that afflict Italian society. 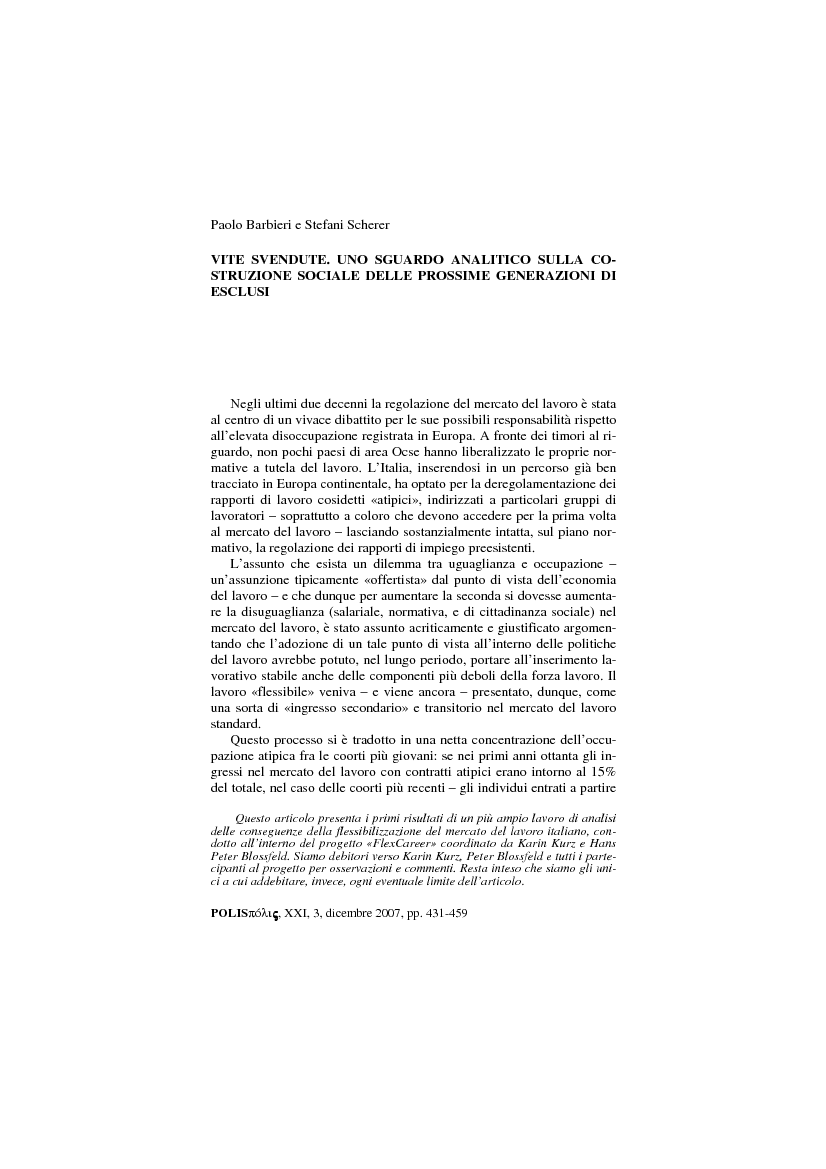