Using five surveys of self-identified gay men conducted in Italy from 1990 to 1996, this article traces the changes in sexual behaviour and protection strategies against risk of Hiv/Aids among homosexual men. In the six years considered, the surveys registered only minor changes in the diffusion of occasional sexual contacts and only a small increase in steady relationships. The spread of various sexual practices has not changed. The major change is in the use of condoms, particularly for occasional contacts. In 1996, six of seven homo- and bi-sexual men always use the condom in anal penetration with occasional partners; in 1990 only six of ten homo- and bi-sexual men used it always for the same practice. The changes in condom use in steady relationships are smaller. Again, the analysis of individual protective behaviour shows that there is a widespread and shared representation of the difference in risk among the various practices. Homosexual men order practices according to risk and protect themselves in the riskiest ones; this ranking follows the epidemiological literature, and the rationalisation of the protective behaviour increasese over time, when the difference in risk is clear (different practices with the same partner, same practices with different partners). When the risk-ordering criterion is unclear (different practices with different partners), protective behaviour is not rationalised. 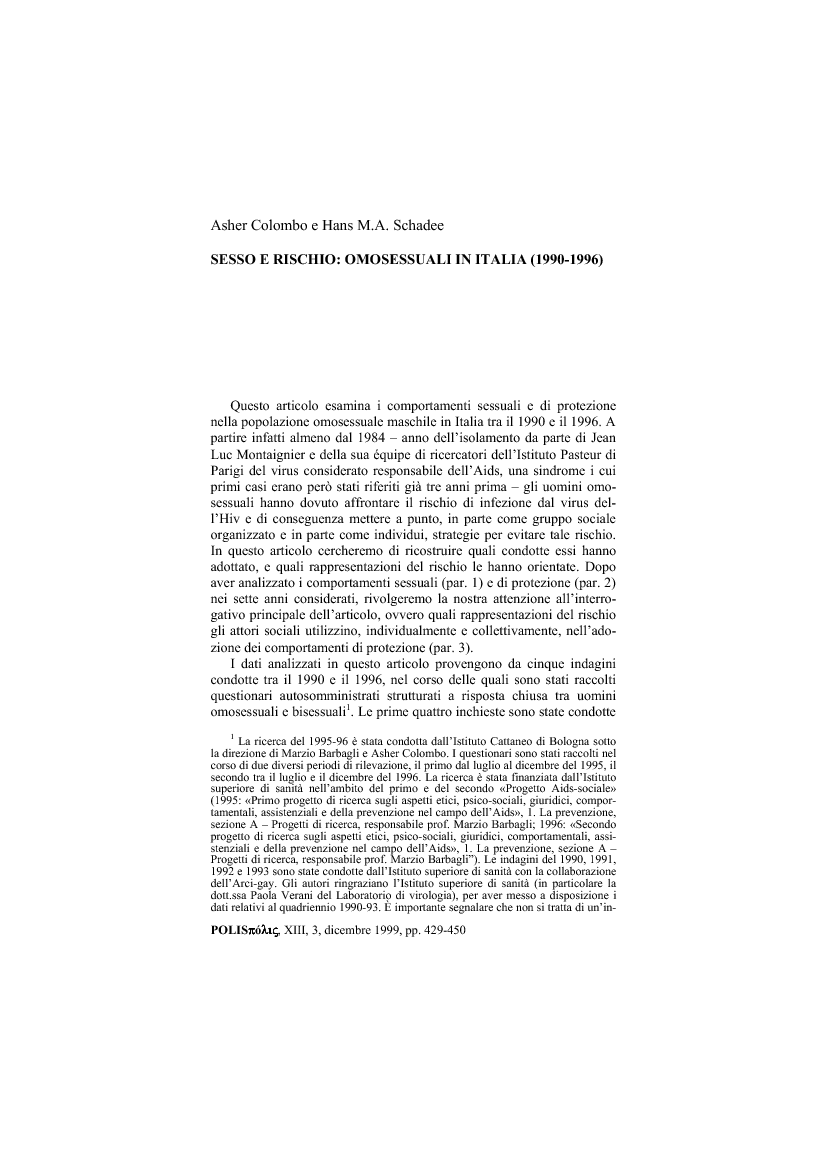