The paper considers small cultural entrepreneurs as a type of new cultural intermediaries. It stresses a specific aspect of the Bourdieu's notion of cultural entrepreneurs: the idea that they are at the same time producers and consumers of cultural goods and services whose meanings they mediate and legitimate for end users. Continuity between production and consumption has became a topic of sociology of culture in the last decade, especially through the cultural studies of the Birmingham Institute for Contemporary Cultural Studies. But usually this continuity has been considered as the result of the communicative practices of communication specialists, like advertisers, designers, marketing personnel, etc., who are in fact cultural intermediaries. Analysis focuses on the particular role of small entrepreneurs, whose relationship with consumers is almost direct, without other intermediary figures, and the market is the social space where identity work, more than the struggle for distinction, takes place. This thesis is supported with the results of fieldwork in a quarter of Milan, Ticinese, which seems to have a specific cultural vocation. Finally, emphasis is placed on the peculiar role of small cultural entrepreneurs in Italy, which most successful economic activities are "design-intensive", developed in small- and medium-size enterprises, located all over the national territory: could cultural awareness of entrepreneurs be a developing element for economics and for life of smaller towns and cities? 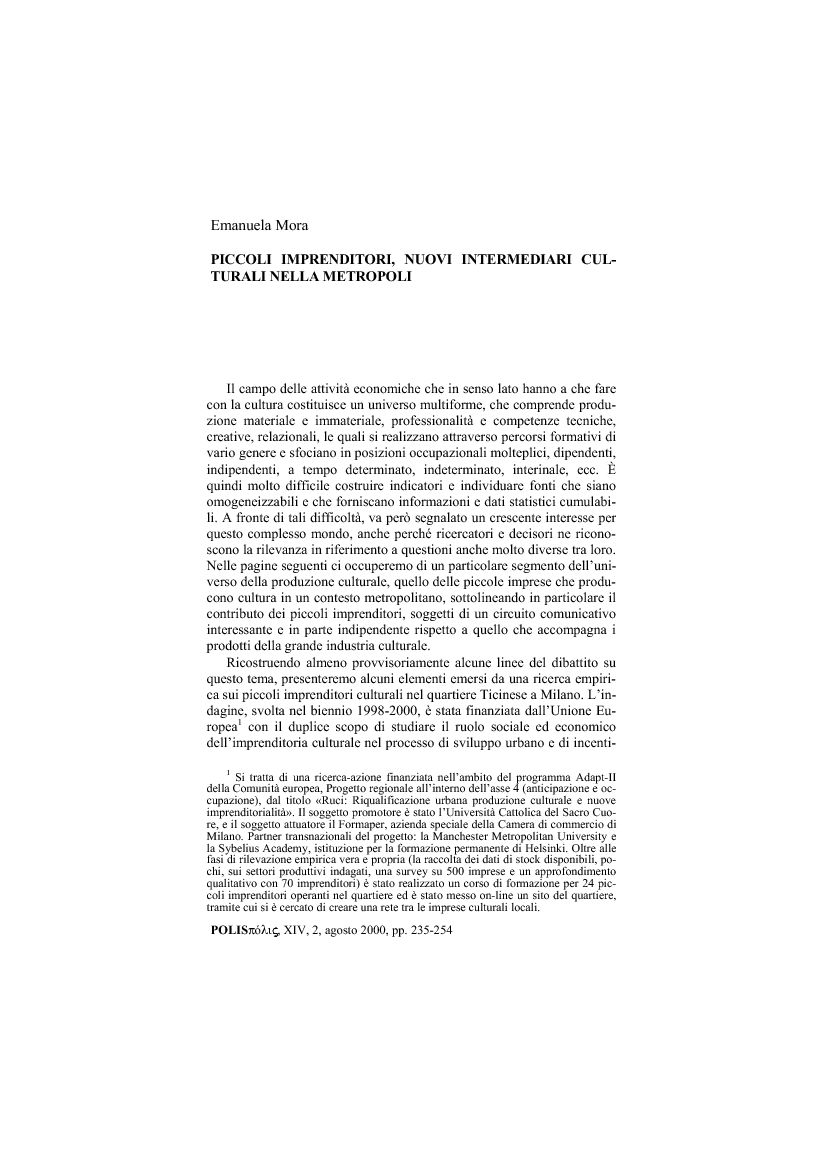