"Civicness" may be defined as that property of the social fabric which is characterised by socio-political commitment, solidarity and mutual trust. From a social-ecological perspective it is expected that civic traditions in a given geographical area will have an impact on criminality. The aim of the present study was to test the association between level of civicness and level of juvenile delinquency among the Italian regions. We hypothesised that regions with high levels of civic commitment would be more successful in the socialisation of its youth, and would thus curb its involvement in delinquent behaviour. Results generally supported this hypothesis. At three different points in time significant negative correlations were observed between civicness and official records of robbery and attempted murder by minors, and murder committed by both minors and adults. Analyses using data from a large victimisation survey confirmed the significant negative correlations between civicness and violent crimes, but also revealed a significant negative correlation between civicness and theft. To verify the possible effect of other independent variables we investigated the distribution of adult homicide among the 95 Italian provinces and conducted regression analyses using unemployment, per capita Gdp, urbanisation, separation, civicness, age group concentration and the dichotomic variable "North/South" as predictors, and homicide as the dependent variable. 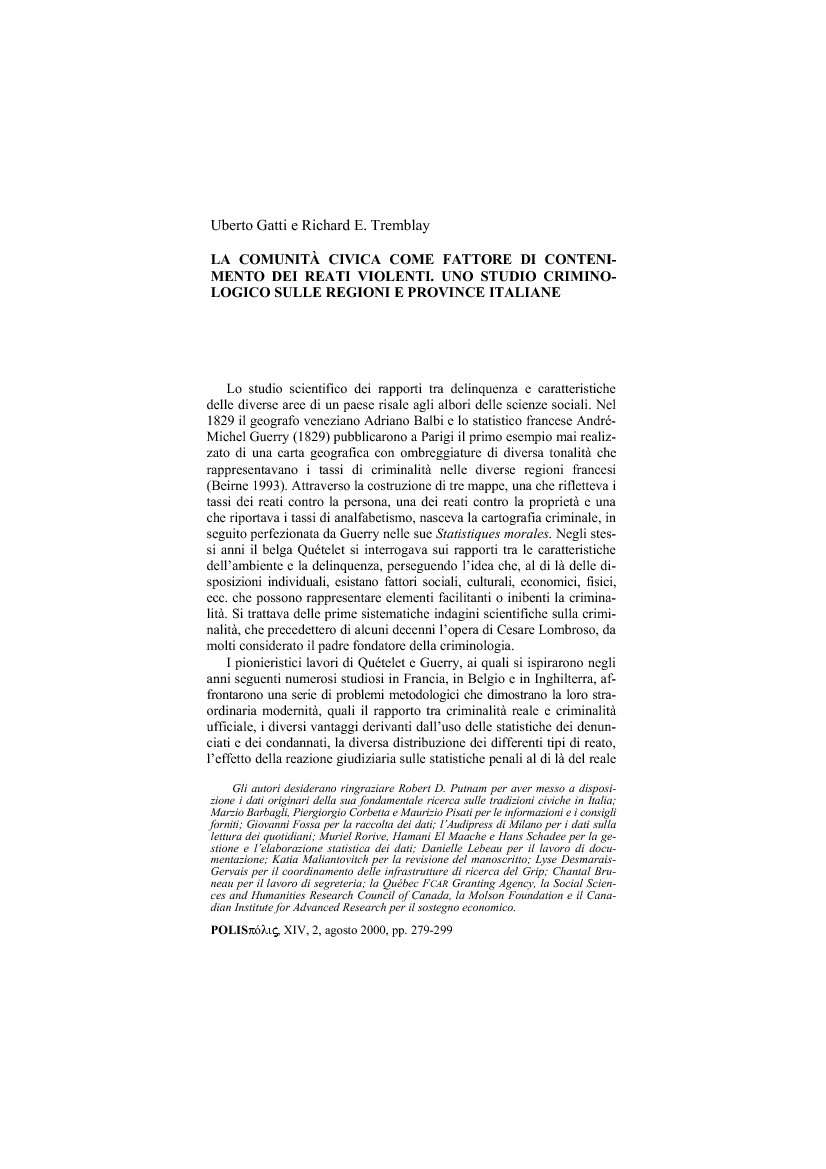